NICK CAVE AND THE BAD SEEDS @ THE GREEK THEATRE 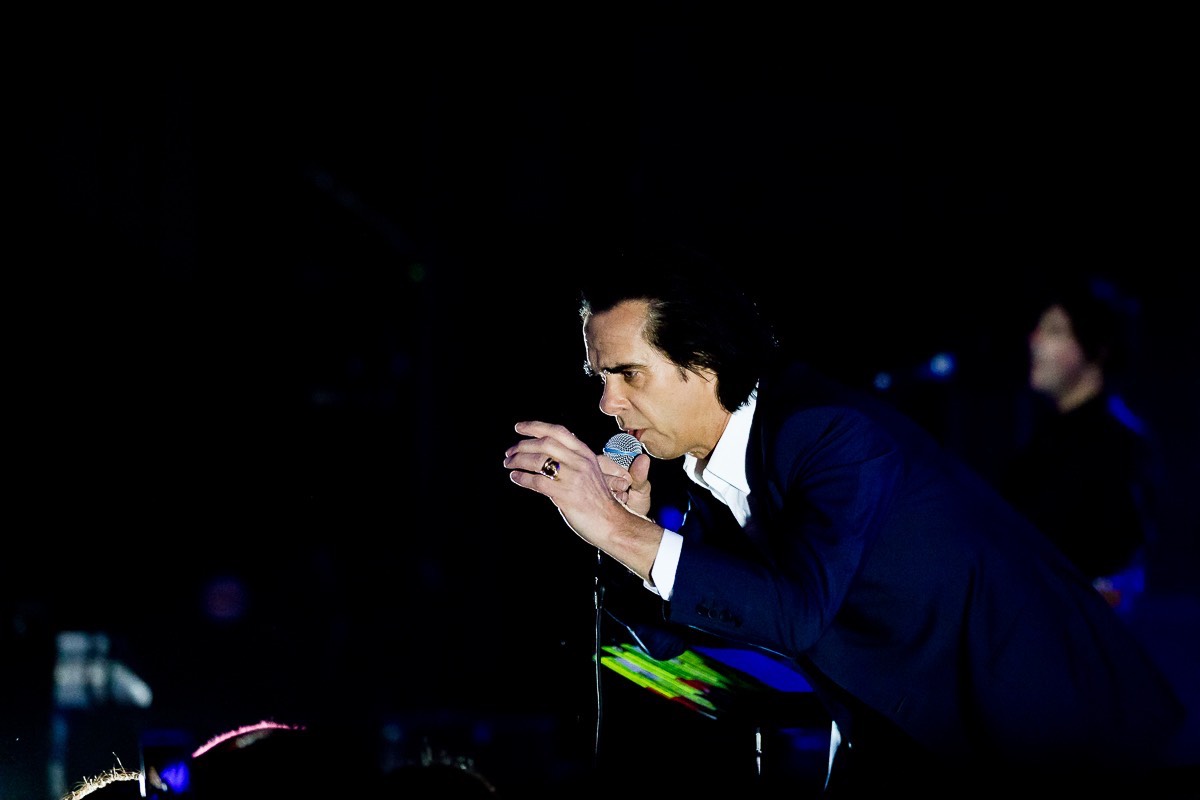 “And some people say it’s just rock and roll / Ah but it gets you right down to your soul,” Nick Cave sang toward the end of “Push The Sky Away”—the final song of his much-demanded encore at the sold-out Greek Theatre last night. It could be said that Cave himself gets right down to people’s souls—more-so than any artist of recent memory. To meet a Nick Cave fan is to meet a disciple. To see a Nick Cave concert is to witness a kind of musical sacrament.

So how does the rite begin? The Bad Seeds take to the stage—frequently outshone but absolutely essential—then comes Cave, his impeccably tailored suit and ink-black pompadour as inseparable from him as the Seeds themselves. The crowd erupts. Then waits. They know that for the next two hours, they’ll be under a spell, taken to a world that Cave’s been building for decades—a world centered on death, love, religion, violence, and the kind of cool that’s turned Cave from musician to myth.

Playing all but one of the songs off of their most recent album Skeleton Tree, Cave began by hypnotizing us with “Anthrocene” and “Jesus Alone”—studies in grief and loss that have unfailingly been linked to the tragic death of Cave’s son in 2015—though most of the album was written prior. It creates a heavy mood, one suited to Cave’s music and stage presence, but a mood that was undeniably lifted by the end of the night. 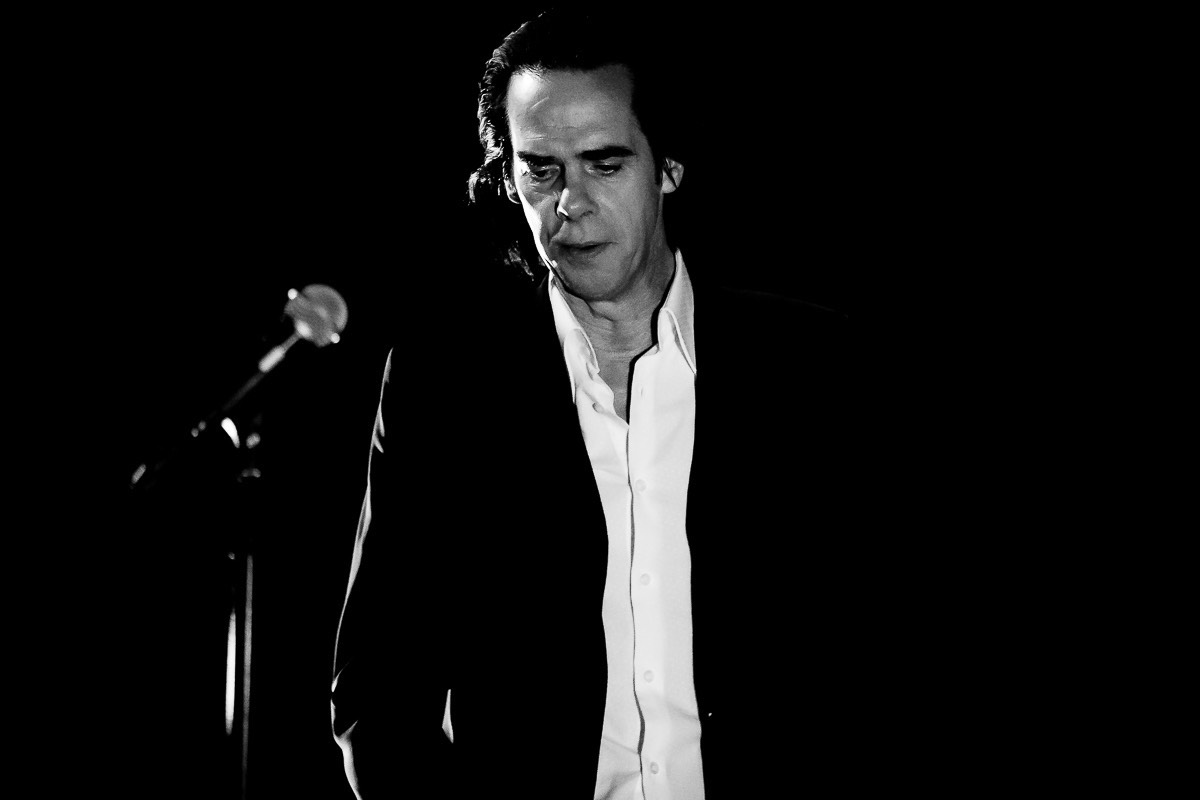 Cave is known for playing almost solely to the first few rows. He wades into them, looks them right in their faces, and gets so close to them that his mic often picks up stray “Oh my God-s” and “We fucking love you-s.” People move forward with their arms outstretched, as if one touch will heal them, and he gracefully obliges. Miraculously, he always has the entire venue in the palm of his hand. During “Magneto,” he crouched down into the front row, whispering “It was the year I officially became the bride of Jesus” so quietly, so intimately, not a single person in the 5,870-seat theater made a sound. That’s including the cheap seats who could barely even make Cave out due to his very on-brand refusal to turn on the big screens.

The night is a blur. You’re riveted but you can’t say why. The seven-minute “Tupelo” went by in the blink of an eye. The eight-minute “Higgs Boson Blues” felt like two—the stage awash in red, as Cave stalked the front rows like a deranged preacher. The crowd chanted “Boom, boom” in answer to the refrain, “Can you feel my heart beat?,” and he seemed genuinely touched when a fan handed him a red rose, telling her, “Aw. Boom, boom.”

It was during the middle of the set that Cave went romantic—a trait of his that’s often criminally underrated. The gorgeous “Into My Arms” was just him at the piano, a single spotlight illuminating the most beautiful song you will ever hear with the lyrics “interventionist God” in it. “I Need You,” brought the hush down even more—the fizz of a Coke quietly being opened by some poor girl sounding more like a gunshot. 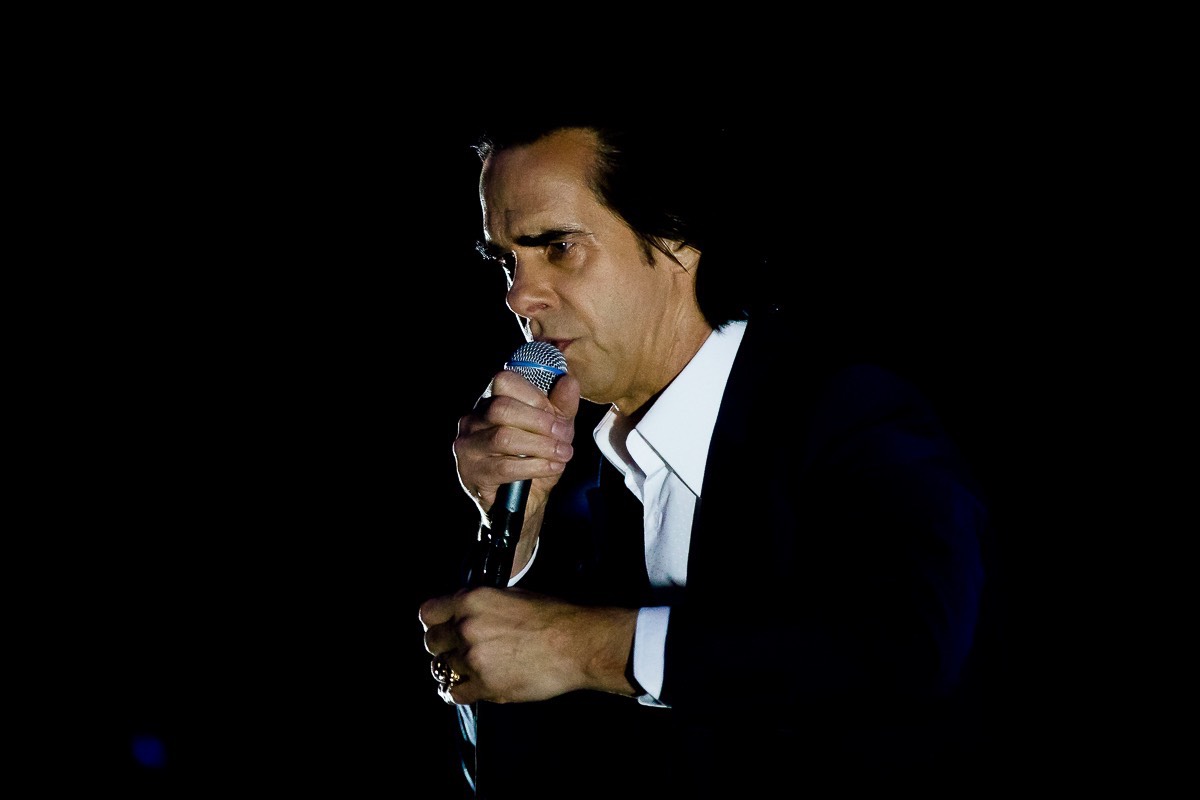 “Here’s a terrible little tale,” he said before “Jubilee Street,” “as opposed to the last one. And the next one for that matter. But that’s what we do.” As much as the Skeleton Tree album and tour have been shrouded in discussion of his grief, there’s an inescapable humor to what Cave does on stage. He cracks jokes (“That’s sexual harassment in the workplace” when someone grabbed his ass as he moved through the pit), and during “From Her To Eternity” and “Red Right Hand,” he even laughed at himself after some particularly nonsensical lyric improvisations—letting everyone know that they were free to actually enjoy themselves. Something he seems to, in fact, take very seriously.

Back on the road for the first time since his unspeakable loss, it seems to be doing him nothing but good. As he brought the first few rows on stage for “Stagger Lee” you could tell he was exactly where he wanted to be—surrounded by a public who will never know him, but love him unconditionally. Someone in the crowd let him know as much, and Cave responded without missing a beat, “Well I love you, too. That goes without saying.”

Encore:
The Weeping Song
Stagger Lee
Push the Sky Away