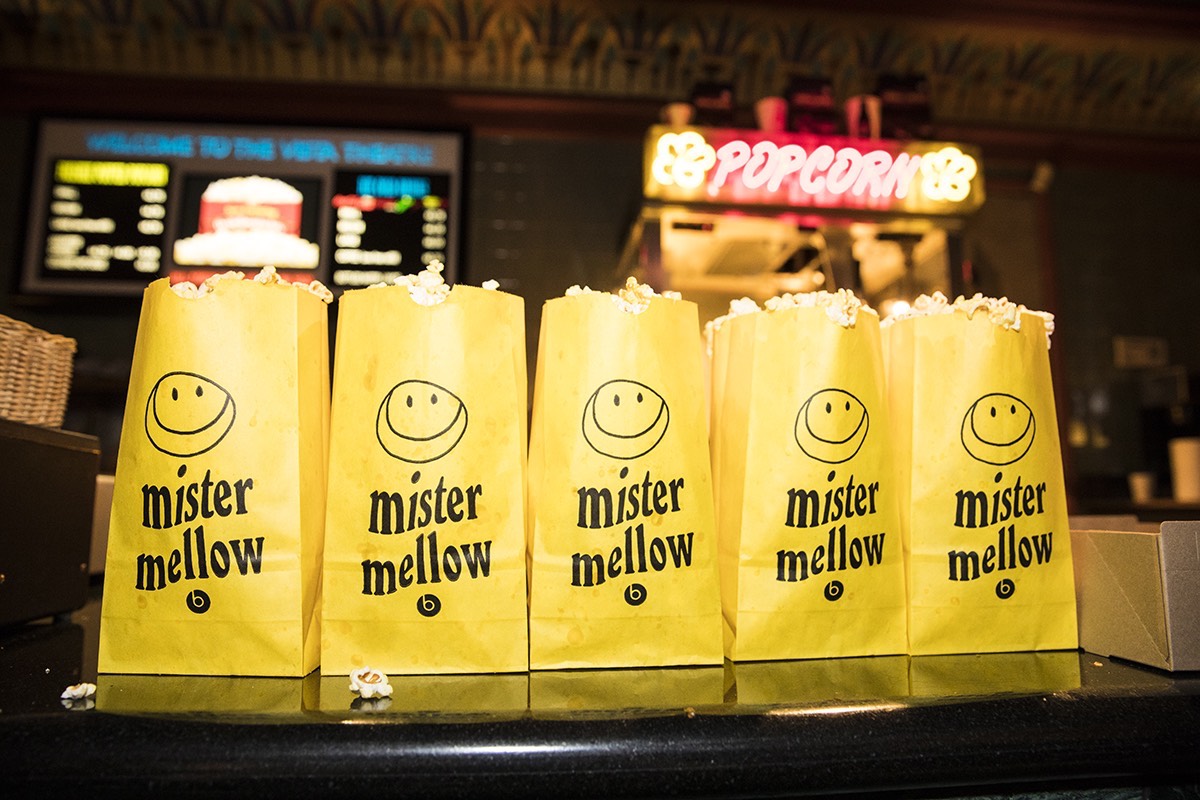 Ernest Greene’s first release for L.A. hip-hop institution Stones Throw (whose boss, Peanut Butter Wolf, manned the 1’s and 2’s as people filtered in) was accompanied by silly and stoned (if not outright weed-themed) visuals for each track, as well as intermittent interviews between Greene and “Mister Mellow” himself, hilariously portrayed by SNL’s Kyle Mooney. Sonically, the record felt like the natural result of an initially unexpected label pairing: Greene’s signature slackadelia has turned kaleidoscopic and sample-driven, resulting in blunted bangers like the off-kilter house single “Hard To Say Goodbye” and gorgeously downtempo closer “Million Miles Away.”

“I wasn’t sure if people would be interested in another Washed Out record,” Greene confessed before the screening, but the chorus of cheers and applause celebrated his decision to carry on. Hopefully anyone who’s shrugged him off as a chillwave hanger-on will give Mister Mellow a spin – they’ll be treated to a rich piece of work by an artist who’s reached above and beyond the movement that spawned him.