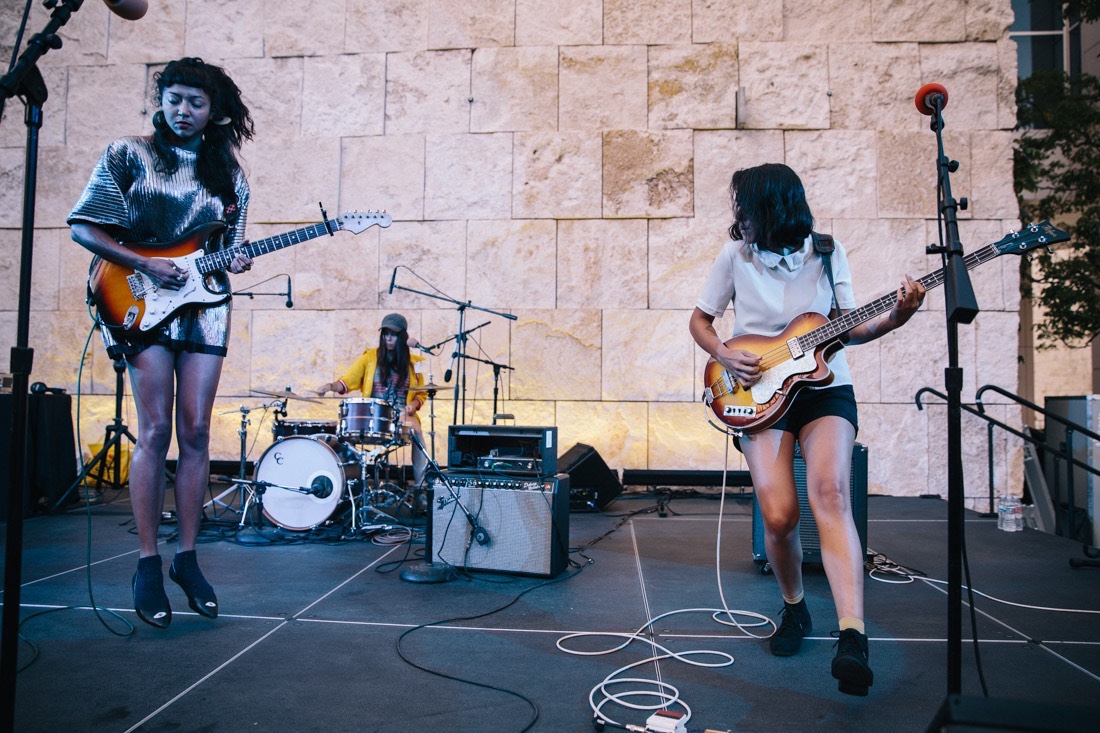 Dreamy surf music reverberated off the travertine lined walls of The Getty Center courtyard as La Luz played into the sunset. The local band originally from Seattle kicked off the show performing “Oranges” with its dreamy and relaxing tempo set by drummer Marian Li Pino and bassist Lena Simon. Shana Cleveland leaned heavily on her tremolo bar throughout the set on songs like the turbulent “It’s Alive” and led her bandmates with the Doo-wop vocals of “Call Me in the Day,” while Alice Sandahl played groovy melodies on her keyboard.

We acted accordingly and formed a dance line at the center of the floor while the quartet jammed away. A very opinionated toddler standing in the front row shouted “I love this band!” The fans demanded an encore so the band gave them two more songs, including the romantically nostalgic “Easy Baby” and sent them on their way.