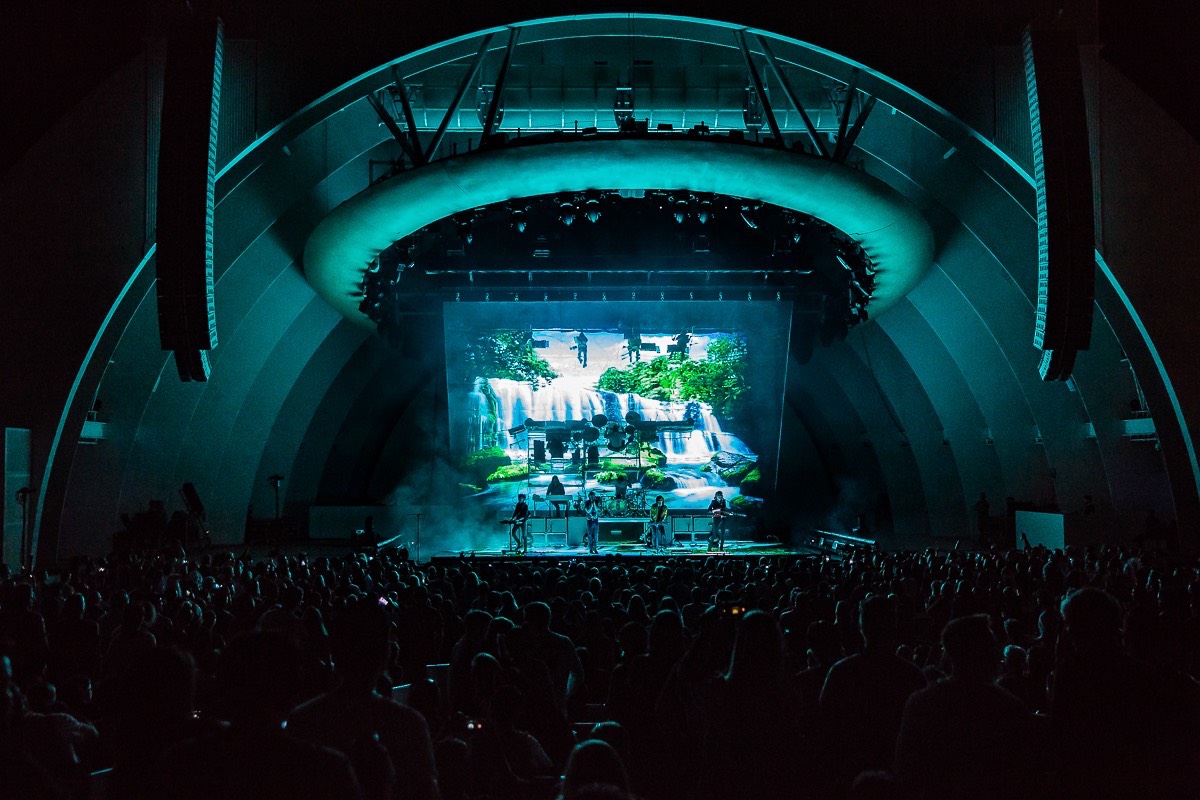 At the end of their transcendent set at The Hollywood Bowl, Phoenix frontman Thomas Mars climbed all the way back to the benches, trailing his bright red microphone cord behind him as the band played “Ti Amo” from the stage. The smile on Mars’ face as he stood amongst the nosebleeds made you feel like these guys could be doing this well into their 60’s—a rare thought to have at a rock concert in this era, but one that Phoenix delivered on all night long.

Over the course of 20 years, Phoenix have quietly become an international institution—a group responsible for the only cheese-less combination of electro-pop and rock in today’s music—and France’s most famous band. Maybe it’s that effortlessly cool je ne sais quoi thing, or maybe it’s their penchant for beats and melodies so infectious, that even rock purists have to dance it out.

Touring behind the Italian disco-inspired album, Ti Amo—their first in four years—the band played “J-Boy,” “Lovelife,” and “Role Model,”—songs filled with a bright, effervescent fizz—like when you twist open a cold Perrier L’Orange. Wolfgang Amadeus Phoenix, the album that put Mars and company on the map back in 2009, was also heavily represented with an early performance of the pounding “Lasso” getting everyone up on their feet. The undeniable bounce of “Lisztomania” was another given, with Mars taking out his ear-piece so he could hear the crowd sing it back to him.

Though solidly on the other side of 40, Mars still sounds just like the records—his earnest, boyish face adding to the illusion of agelessness. During crowd-favorites like the explosive “Long Distance Call,” the slinky “Trying To Be Cool,” and the sparkling “Girlfriend,” broad smiles and guitarist Christian Mazzalai’s particularly enthusiastic playing betrayed the fact that these guys were having some serious fun. 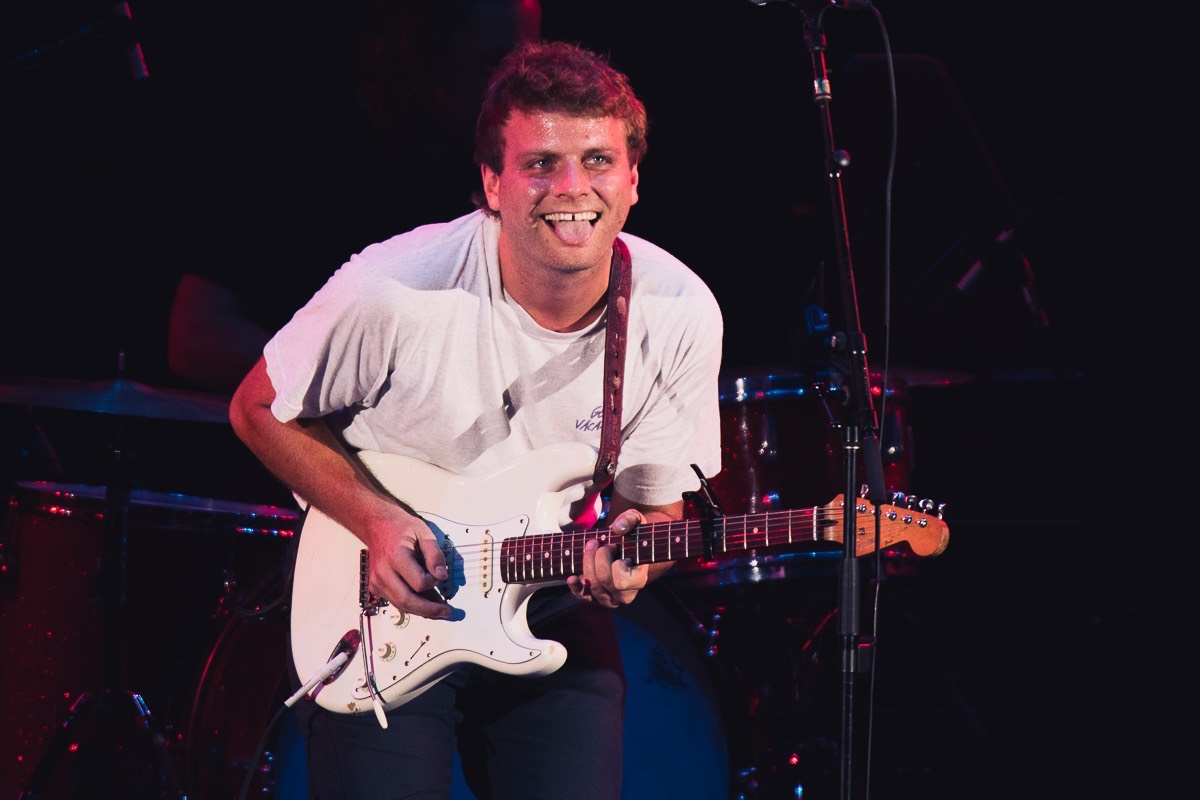 While some moments were familiar—the always incredible performance of “Love Like A Sunset Parts I & II” where Mars lays down on the stage—a new element stole the show. A massive, tilted mirror hung behind the band gave fans an almost-360 view of the stage. Images projected onto it—constellations in the night sky, the inside of a diamond—turned the mirror into a kind of green screen, with the reflection of the band becoming part of the trippy visuals.

Closing out the show with “Rome,” the band returned for a much-needed encore, beginning with a stunningly intimate version of “Countdown” performed by just Mars and Mazzalai. As Mars walked the ledge around the pit, the band returned to the stage to play “1901” and “Fior Di Latte,” during which Mars sings the refrain, “there’s no seasons in LA.” Similarly, the only season in Phoenix’s music is sunny, breezy summer—the perfect soundtrack for a June night at the Bowl. 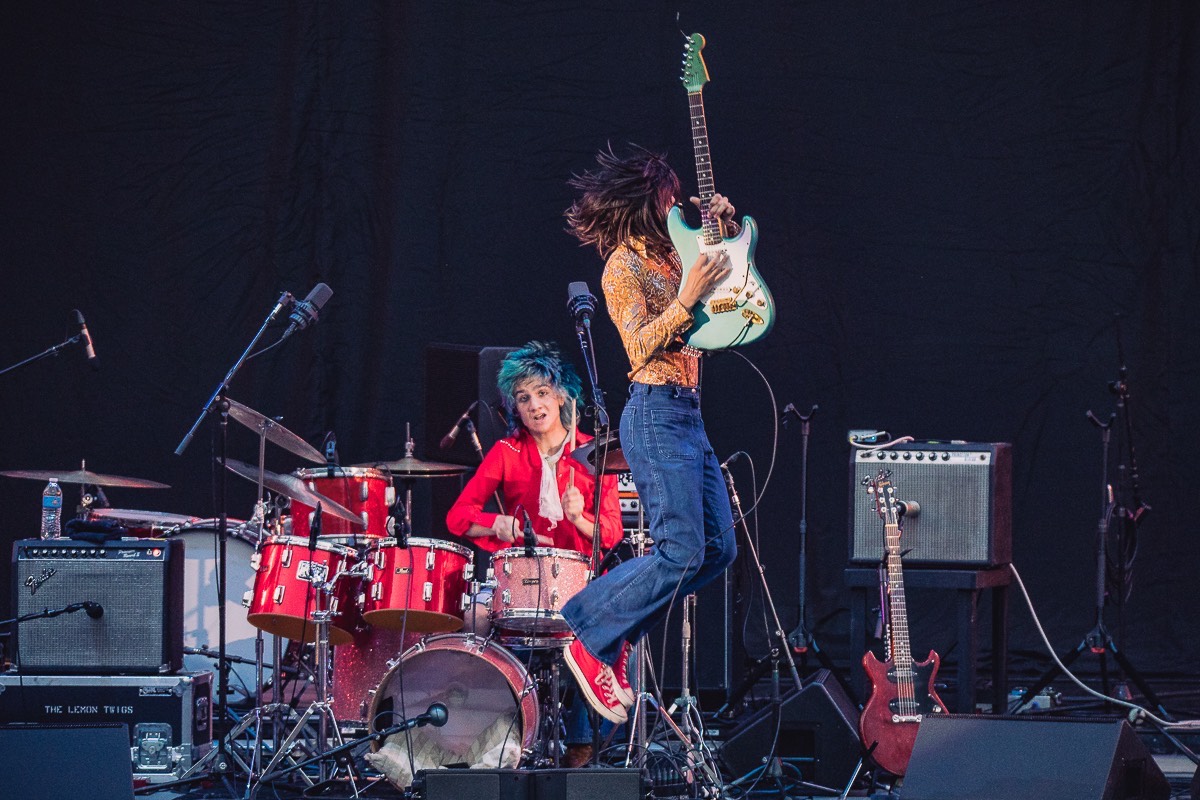 The Lemon Twigs @ The Hollywood Bowl

The show was opened by the scumbag king himself, Mac DeMarco, who entertained the crowd with synthy, wavy cuts off his new album, This Old Dog, his cigarette anthem “Ode To Viceroy,” and a show-stealing version of Vanessa Carlton’s “A Thousand Miles” where he just repeated the lyrics “making my way downtown,” over and over. Constantly walking the razor’s edge between a joke and unabashed sincerity, he ended his set with a totally genuine thank you to Phoenix—“the sweetest band in music today, the nicest people,”—and a shout-out to the first band of the evening, The Lemon Twigs.

The Twigs hit the stage early, but held the crowd’s attention with their 70’s mix of Bowie, Rundgren, and Sir Elton, playing “Night Song” off their upcoming EP, and an incredible cover of Ronnie Wood’s “I Can Feel The Fire,” with frontman Michael D’Addario kicking his bell-bottomed leg up so high, he must have kicked himself in the face.