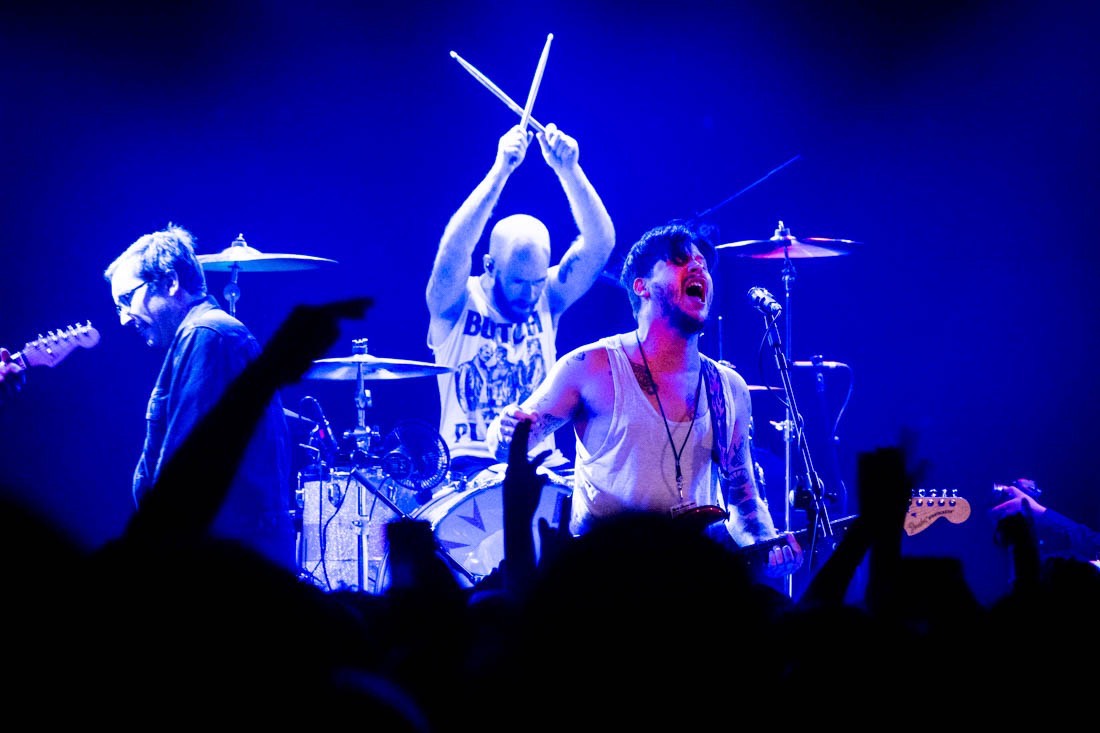 As soon as the doors of The Teragram Ballroom opened, a sea of neon-haired, Hawaiian-shirted fans swarmed the stage to be as close as possible for what was to occur. The excitement was palpable for SoCal indie punks Wavves who have a brand new album You’re Welcome out and were more than ready to unleash some new tunes. Nathan Williams had everyone in the usual frenzy from the second he walked on stage until the last drop of sweat touched the venue floor.

Kino Kimino wasted no time once they took the stage, bringing a tight set of Bikini-Kill-esque classic riot grrrl feel. Kim Talon’s personable and open attitude definitely fired up the crowd as KK played tunes from Bait is for Sissies. The album had a little help from Sonic Youth members Lee Ranaldo and Steve Shelley. NBD.

So Stressed elicited a slightly more baffled response with their angular mathy rock, receiving mostly confused stares and some polite calling through the blistering set.