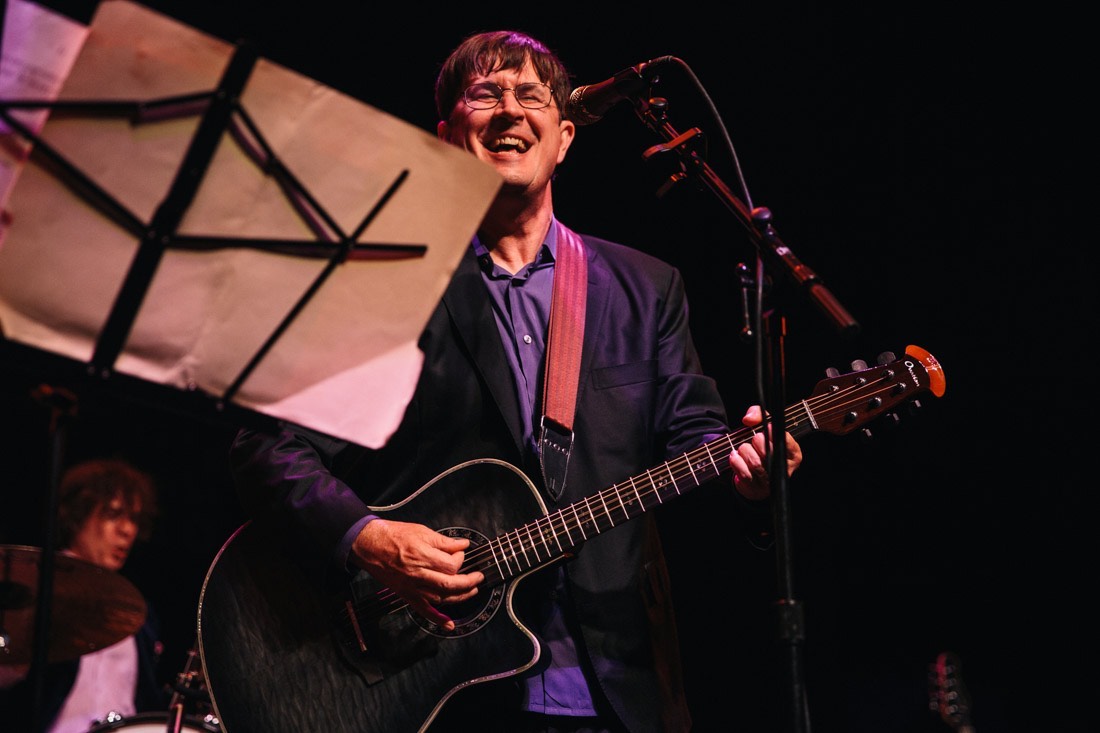 Fans of The Mountain Goats received their money’s worth and more as their favorite band played for over two hours at The Mayan in DTLA. The stories John Darnielle told between songs were just as interesting as the songs themselves. According to Darnielle, “Paid in Cocaine” is about a shady concert promoter that offers cocaine as payment to bands in lieu of cash. “The Young Thousands” tells of his autobiographical experience awakening from a drug overdose chained to a hospital bed. The band recently released their 16th studio album Goths which is a testament to how prolific of a writer Darnielle is, not to mention his accomplishments as an author with novels including Wolf in White Van.

Although the band is based in North Carolina now, the show had a bit of a hometown feel to it as Darnielle and bassist Peter Hughes grew up in Southern California. A few songs into the set, Darnielle strapped on his Ovation acoustic guitar and played some of his unreleased songs including “Song for My Stepfather,” a deeply personal account of the abuse he suffered as a child.

It seemed like everyone knew the lyrics to “No Children” when Darnielle invited us to sing along. During “Abandoned Flesh,” Darnielle forgot his chord crib notes so multi-instrumentalist Matt Douglas played an improvised saxophone solo over drummer Jon Wurster and Hughes’ jazzy beats while Darnielle went downstairs to retrieve it. And who wasn’t clapping to the groovy rhythm of “We Do It Different on the West Coast?”

Singer-songwriter Holy Sons opened the show for the night.

Encore:
We Do It Different on the West Coast
Up the Wolves
No Children
Abandoned Flesh
Spent Gladiator 2
This Year