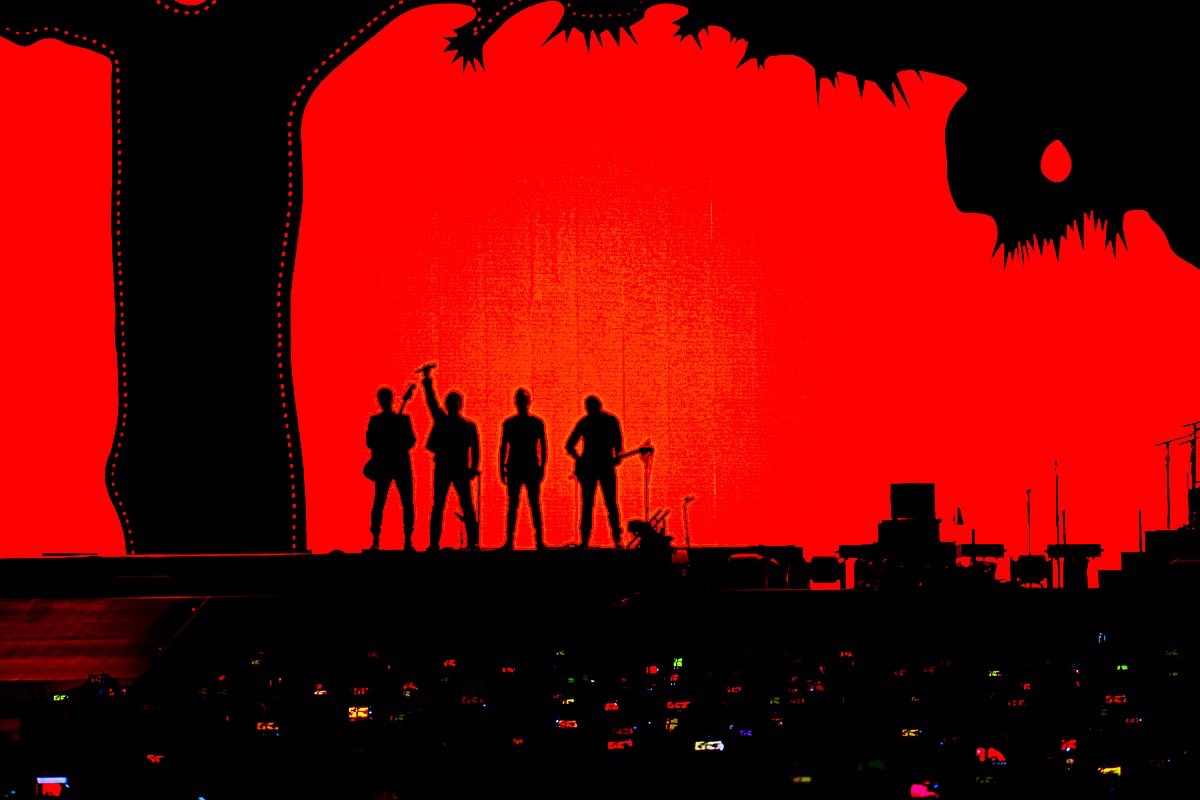 “As the Irish, we want to thank you for letting us into your country. We promise we will not leave it as we found it.” As frontman of the ever-ambitious U2, Bono’s promise to Pasadena’s mecca-like Rose Bowl on Sunday had already been fulfilled – despite its creation in Dublin, 1987’s The Joshua Tree has become one of the 20th century’s landmark American albums, a portrait of desert spirituality that has remained both ubiquitous and breathtaking. For its 30th anniversary tour, the band sent original album photographer Anton Corbijn back to the High Desert to film a companion piece for each song, displayed on the largest and highest-resolution LED screen ever taken on tour – with room for a gargantuan Joshua Tree, the shadow of which shapes the band’s fabled B-stage. As the closest tour stop to the desert that inspired the record, Pasadena’s Joshua Tree production was a wonder of stars aligning, evidenced by the earsplitting roars that welcomed Corbijn’s black-and-white highway ride for “Where The Streets Have No Name.”

The band themselves couldn’t have been in better shape to recreate the album’s magic – The Edge’s scorched-earth guitar solos on “Bullet The Blue Sky” and “Exit” hit the stadium like thunder, the massive PA above the screen broadcasting every chiming note to the nosebleeds. Adam Clayton and Larry Mullen Jr., the long-undervalued backbone of the band, propelled the set with the same muscle they laid down to tape, even for songs like “Red Hill Mining Town” that had never been played before this tour. For that track, Corbijn focused on a Salvation Army horn section playing along in the desert, eventually casting them in a mirror image of the band’s live projection. It was a subtle reminder that U2 have always cast themselves as working musicians, their high-profile activism simply being part of the job of being the biggest band on earth. 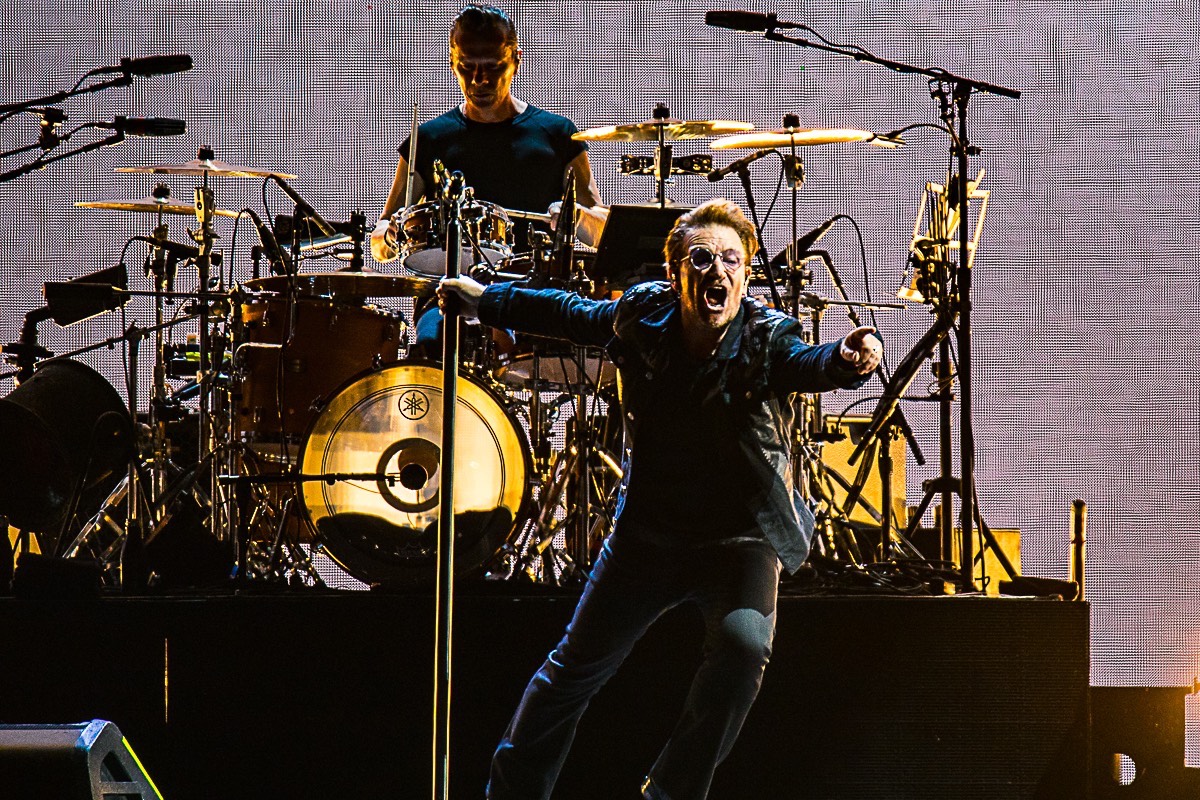 Though The Joshua Tree ran under an hour, creative director Willie Williams didn’t let the 200×45 ft screen go to waste, utilizing it for the band’s trademark social and political commentary. “Miss Syria (Saravejo)” opened the second set, showcasing of a Syrian refugee camp in Jordan, while a flag bearing the face of a young Syrian girl made its way through the crowd’s hands. Women were a recurring theme in the latter half, as Bono brought attention to his One foundation’s “Poverty Is Sexist” campaign. “This was made possible by women in our crew, women in our audience – (cue applause) – Women who sat down or stood up for their rights – women who resisted, who insisted, who persisted.”

As they kicked into a soaring “Ultraviolet,” the screen flashed through a bevy of important female figures, among them Rosa Parks, Maya Angelou, Patti Smith, Angela Merkel – and, with the loudest screams of the night, Michelle Obama. They even included Saffiyah Khan, whose portrait while confronting a far-right protester will likely go down as an era-defining photograph. Say what you will about their earnestness, for a band at the end of its fourth decade, U2 keep up with the times.

They closed out the night with new song “The Little Things That Give You Away,” stepping down to the B-stage within arm’s reach of their fans. Some could call it a risky move, but the whole stadium – every first-timer, long-timer, and tour follower – stayed until the band walked back through the screen and the bittersweet sound of the house music filtered in. “These are more your songs than our songs now,” Bono had remarked after the Joshua Tree set ended.

Encore 2:
Beautiful Day (with “City of Stars” snippet)
Elevation
Ultraviolet (Light My Way)
One
B-Stage
The Little Things That Give You Away