AT THE DRIVE-IN + LE BUTCHERETTES @ THE SHRINE EXPO HALL 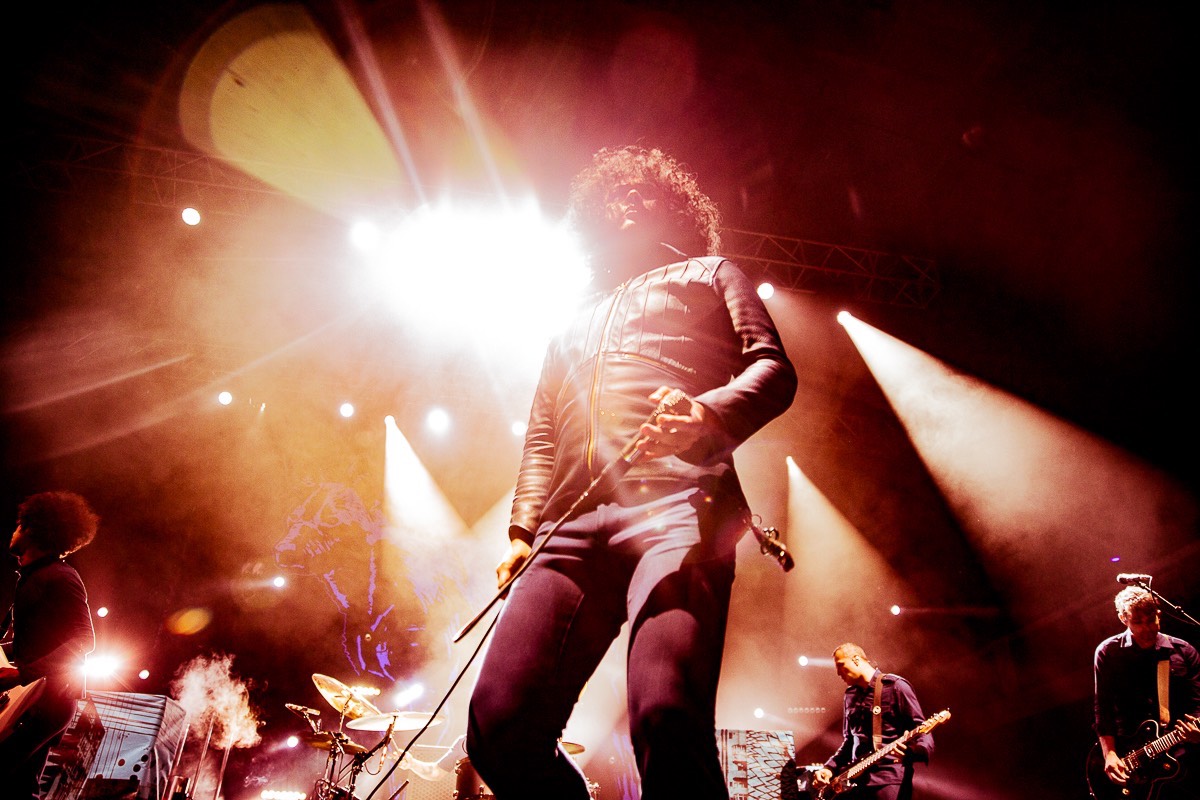 At The Drive-In @ The Shrine Expo Hall

Diehard fans lined up very early at The Shrine to be at the rail as vocalist Cedric Bixler-Zavala dove into the crowd time after time, sang in their faces and galvanized everyone into a frenzy. The frontman of At The Drive-In never stopped moving around bandmates guitarist extraordinaire Omar Rodríguez, Paul Hinojos (bass), Tony Hajjar (drums) and Keeley Davis (guitar) while busting out new tunes from the freshly released In•ter a•li•a. It’s only been seventeen long years!

It was no surprise that ATDI’s special guest on this tour is the much loved Le Butcherettes who is also supporting new album Graffiti Amargo. Wonder who caught Teri Gender Bender’s shoe.