PJ Harvey's voice has a powerful way of pulling you in whatever direction her story is going, evoking all sorts of emotions. " /> L.A. Record
Menu 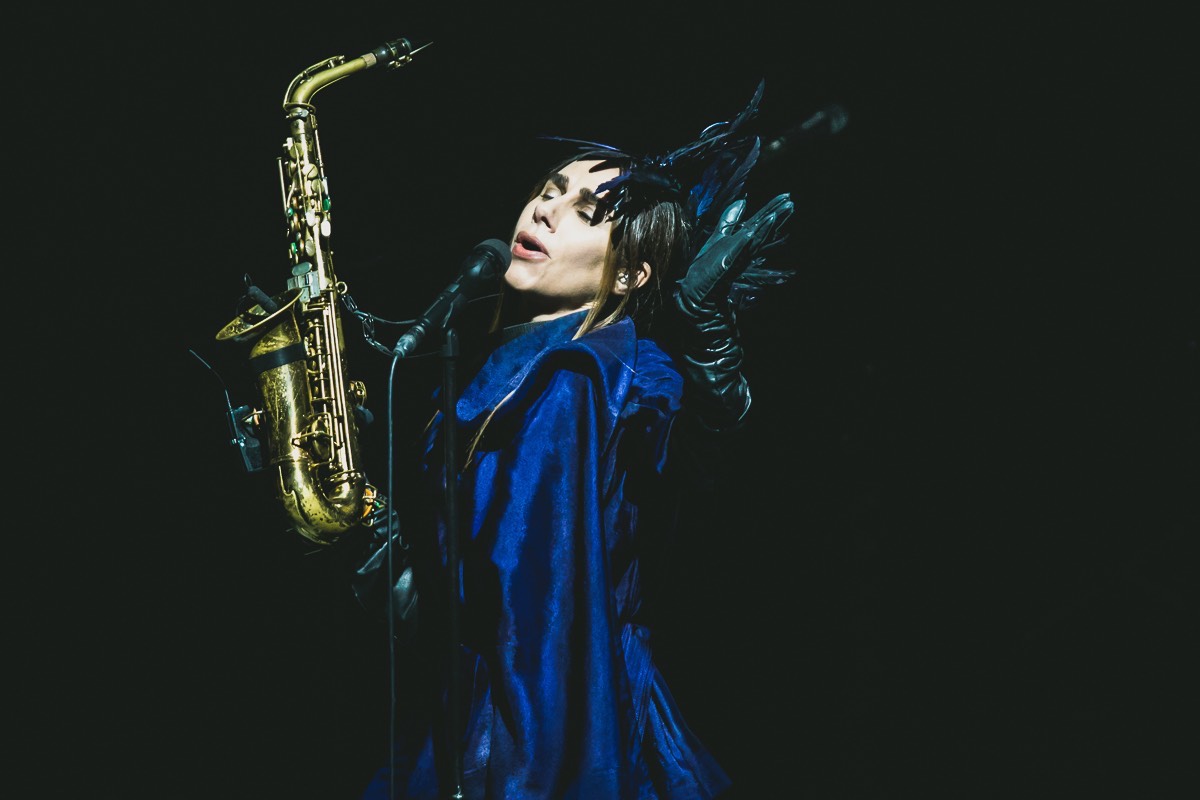 A pin could be heard dropping during “When Under Ether.” We all stood and started dancing during “50ft Queenie.” PJ Harvey‘s voice has a powerful way of pulling you in whatever direction her story is going, evoking all sorts of emotions.

In less than a year, Polly Jean Harvey has brought her masterful show to Los Angeles a few times, including The Shrine and The Fonda Theatre. Last night, The Greek Theatre was the place to be as PJ Harvey and her incredibly talented band brought life once again to Harvey’s ninth studio album, The Hope Six Demolition Project.

Setlist:
Chain of Keys
The Ministry of Defence
The Community of Hope
A Line in the Sand
Let England Shake
The Words That Maketh Murder
The Glorious Land
Medicinals
When Under Ether
Dollar, Dollar
The Devil
The Wheel
The Ministry of Social Affairs
50ft Queenie
Down by the Water
To Bring You My Love
River Anacostia
Encore:
Highway 61 Revisited (Bob Dylan cover)
The Last Living Rose