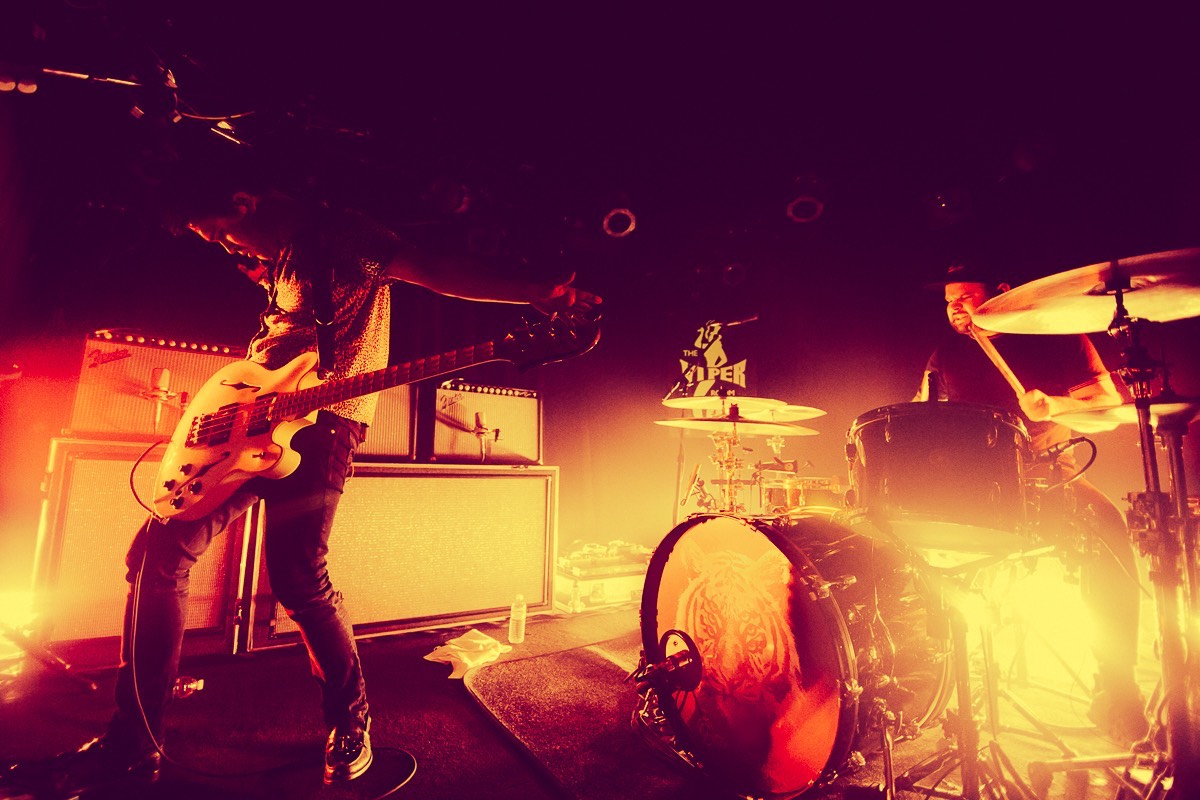 Before playing a few intimate shows next week in England, Royal Blood played to an industry-packed room last night at the extremely intimate Viper Room. The band would probably have loved to have fans in the front at this showcase moving to their new songs from How Did We Get So Dark.

Lead vocalist/bass guitar wizard Mike Kerr and beast mode drummer Ben Thatcher woke up the dead with a few brand new songs, including new single “Lights Out” along with “Where Are You Now,” “She’s Creeping,” and “Hook, Line and Sinker.”

Smash hits from their self-titled debut album “Figure it Out,” “Little Monster” and “Out of the Black” almost started a circle pit – well, maybe when they come back to play The Wiltern in August. The guys did take it to the floor for the last song. How Did We Get So Dark is out June 16th in time for you to learn the new songs when the Wiltern show rolls around. Tickets here.