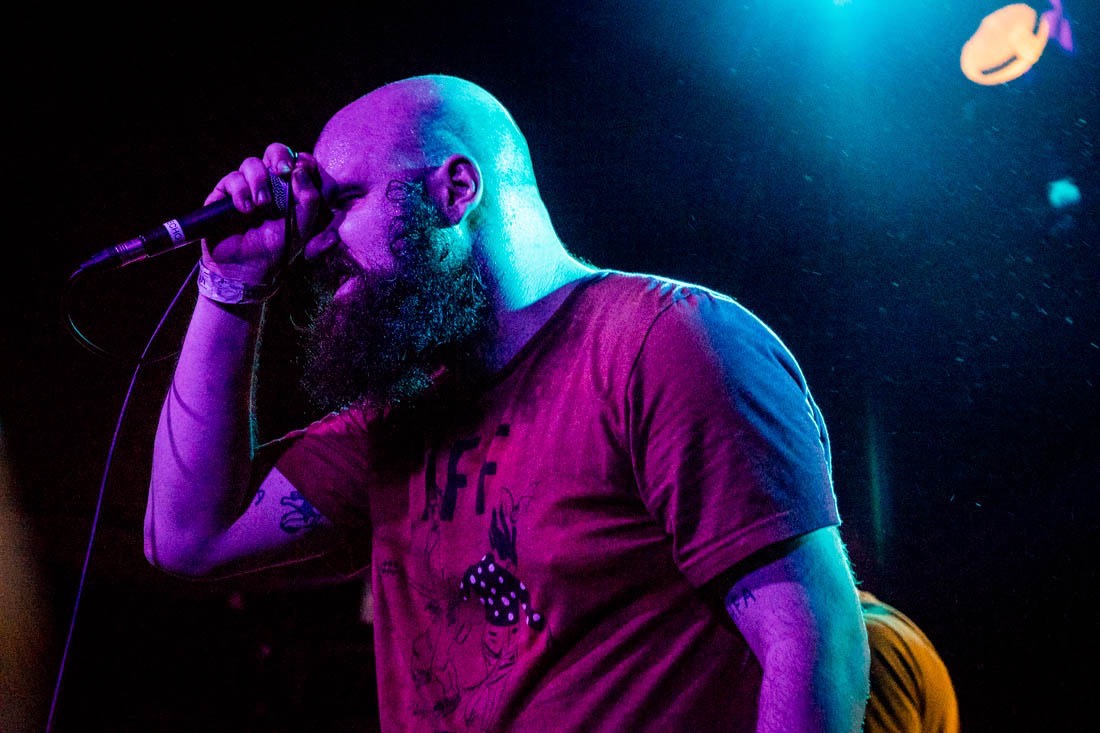 As far as groundbreaking punk and hardcore records go, Hidden World is a hidden gem. Just over ten years ago, Canadian hardcore punks Fucked Up released it on the unsuspecting scene, solidifying their punk rock legacy as boundary-pushers. Monday night was the second of a two-night stay at The Echo playing their classic record back-to-front and Fucked Up were in amazing form. Damian Abraham and crew became larger than life with huge smiles on their faces as they tore through the set. And it wouldn’t be a Fucked Up show without Abraham doling out a healthy dose of massive bear hugs, including barreling all the way through the crowd giving everyone in his path a friendly squeeze. 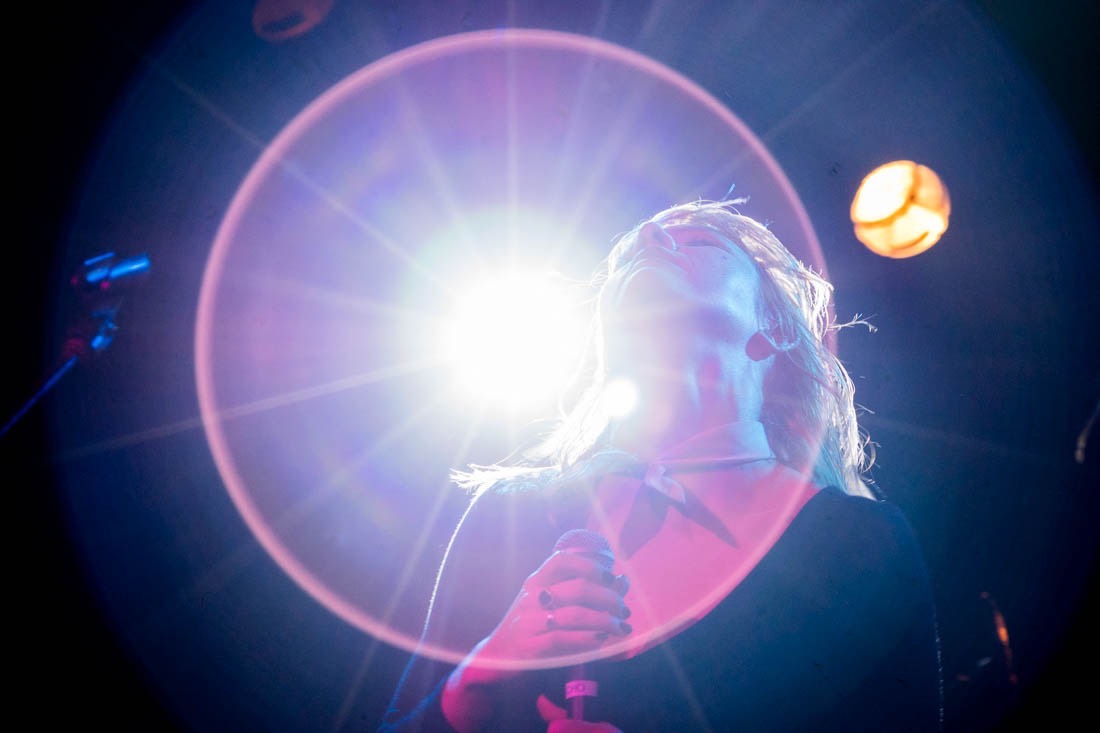 Playing a surprise opening slot was Bleached before scheduled openers the charismatic and furious Fraude and the heavy as all-get-out No Age.