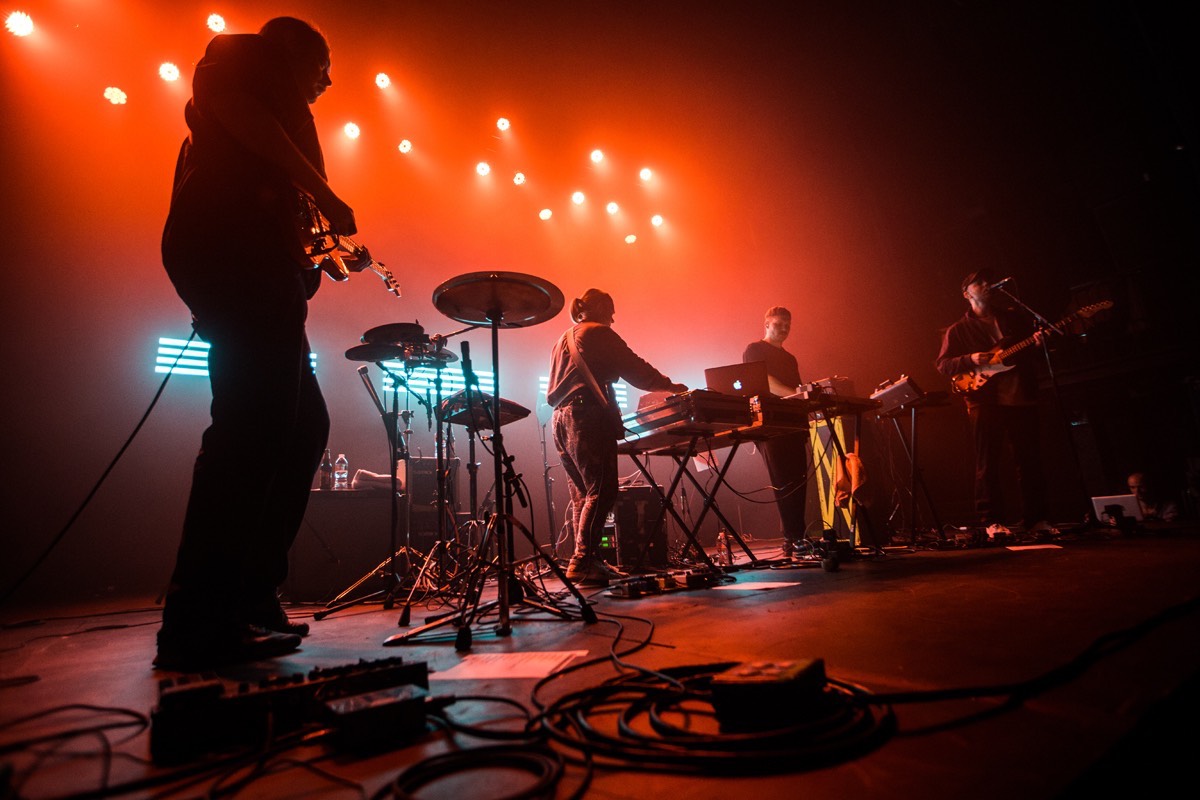 The Fonda Theatre’s rooftop bar, usually bustling with showgoers smoking and chatting, was surprisingly empty before The Radio Dept.’s. They hadn’t played L.A. in nearly six years, and their rabid fanbase – many of whom were waiting before doors opened – glued themselves as close as possible to the stage, eager to catch the elusive Swedes.

Joined by two extra multi-instrumentalists, the core duo of singer/guitarist Johan Duncanson and electronics wizard Martin Larsson swayed in lockstep with their soporific dream pop, moving the literally shoe-gazing crowd to nod their heads along. Last year’s Running Out Of Love received the most coverage, new songs like “Sloboda Narodu” and “We Got Game” receiving just as much love as classics like “David.” The lack of a traditional drummer (Larsson and their touring musicians trigger samples and loops) may raise eyebrows for a live show, but a spread of LED screens behind the band pushed the performance along, glowing arctic blue for “Bus” and flashing frantically for “Death to Fascism.”

Brooklyn-based “moody disco” project Germans opened the show, with mastermind Julia Kwamya joined by bassist Chris Uriolla. Their minimal setup showcased the duo’s natural dynamism, Uriolla’s tropical basslines providing Kwamya with just enough groove to play off of. Closing track “Wonderhow” got a rousing round of applause, and the duo grinned wide as they walked offstage, likely reveling in winning over a tough crowd.