Air + Style festival descended on L.A. for the third year in a row, turning Exposition Park into a hot destination for fans of both live music and snowboarding. Headliners Flume and Major Lazer brought droves of ravers, albeit from different ends of the EDM spectrum" /> L.A. Record
Menu 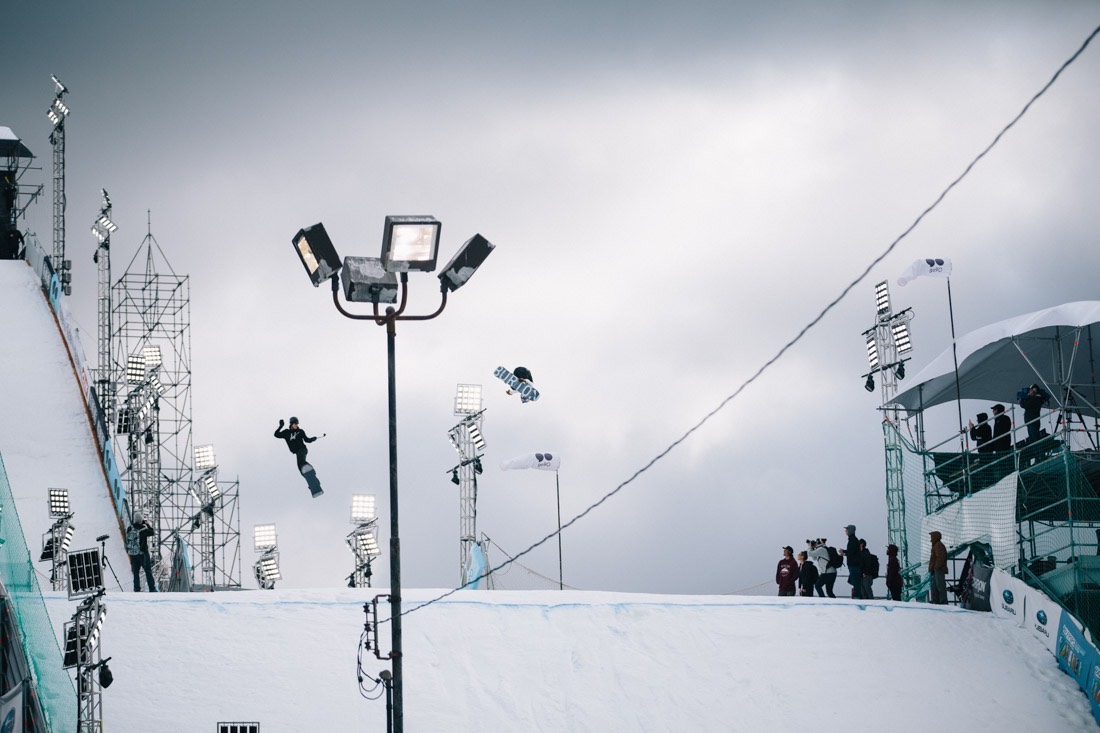 All photos by Maximilian Ho Words by Zach Bilson

Shaun White’s Air + Style festival descended on L.A. for the third year in a row, turning Exposition Park into a hot destination for fans of both live music and snowboarding. Headliners Flume and Major Lazer brought droves of ravers, albeit from different ends of the EDM spectrum – Flume is a young post-dubstep producer fresh off a Grammy win for last year’s Skin, while Major Lazer have had close to a decade of smash hits, from the era-defining “Pon De Floor” to recent Bieber showcase “Cold Water.” Fest-goers looking for a dance party weren’t disappointed, as Diplo, Jillionaire and co. pumped up the crowd with smoke, fire, twerking dancers, and even a crowd-surf bubble manned by Diplo himself. Flume’s crossover appeal to the electronica set meant a less raucous crowd, but they sang along just as loud to album cuts like “Lose It” as to monolithic singles like “Say That” and “Never Be Like You”. In true festival fashion, his set featured a bevy of guest rappers – Vic Mensa, Vince Staples, and Pusha T all made appearances.

Vic Mensa and Vince Staples both delivered amped-up sets of their own, albeit with some setbacks – Mensa arrived 20 minutes late and battled mic issues, while Staples lost his energy midway through and spent most of his performance glued to the center-stage mic stand. But the Long Beach MC still held tight to his “angry young man” image, inciting a “fuck the police!” chant ahead of seething new track “Bagbak.” Mensa, on the other hand, seemed more intent on testing the crowd – he cut his Kanye collab “U Mad” before the first chorus and switched to There’s Alot Going On single “16 Shots.” When “U Mad” finally dropped nearly 20 minutes later, the ensuing mosh pit was a release of tension well worth the wait. 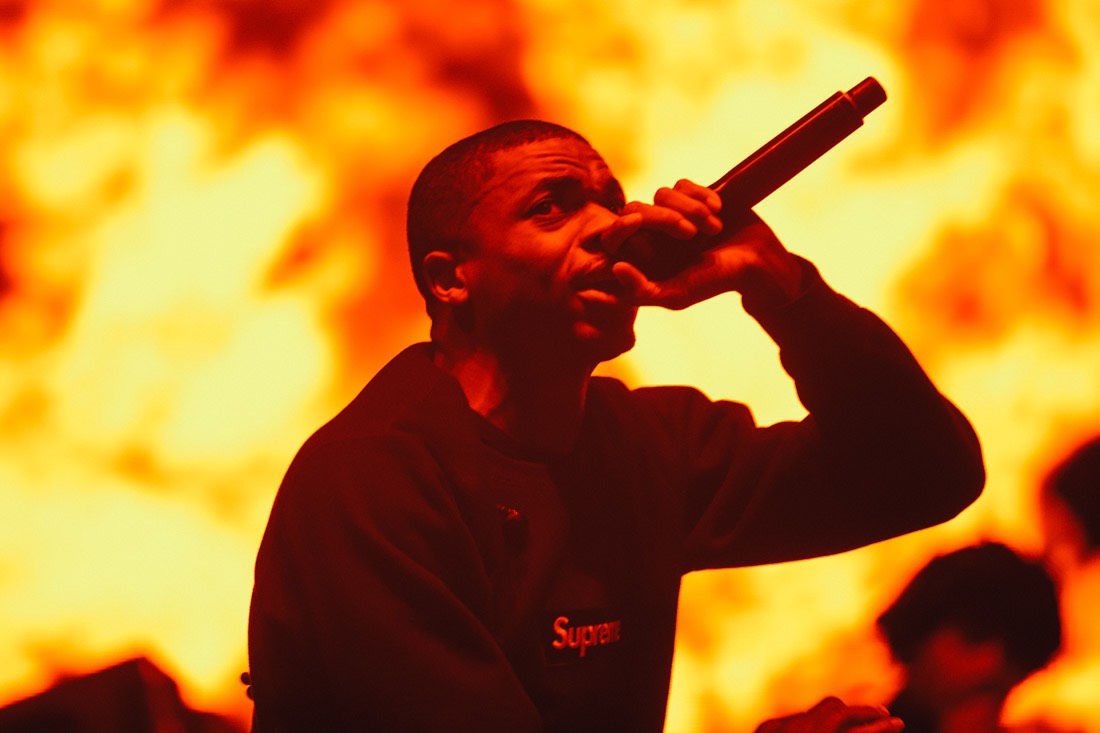 The weekend’s most impressive rap show might have been clinched by YG, who kept it a hometown affair by getting his mom a BBQ booth among the food stands. It was blood red, of course, as were the blinking red wristbands passed out before his set, the LED backdrop, the snow ramp’s lights… you get the picture. As a performer, he pulled no punches, leading the crowd through Bompton anthems like “Twist My Fingaz” and “Bicken Back Being Bool.” It was a bare-bones approach to a rap show – just YG, a hypeman, and a DJ spinning tracks with the verses still in them – but the enthusiasm was infectious, and the crowd at its peak might have been the biggest of the weekend. If you think you might know when that peak was, you’re probably right – the entire fairground was screaming along to “Fuck Donald Trump” like their lives depended on it.

While not as expressly political, Minneapolis lifers Atmosphere took a similar stance, performing under a giant outline of the U.S. with glaring skull eyes. Slug & Ant’s diehard fans rapped every word to classics like “Sunshine” and “Yesterday”, as well as deep cuts like “God’s Bathroom Floor.” Now over two decades into the game, Slug (aka Sean Daley) is still one of rap’s most nimble MCs, jumping, gesturing, and professing his enthusiasm all the way through Atmosphere’s hour-long set. “Los Angeles!” he screamed at one point, eliciting roars before he finished the sentence with “Shout out to all the people you love!” Everyone laughed – Daley’s subversive humor is part of what’s kept Atmosphere going so long, and part of what’ll keep them drawing crowds for years to come. 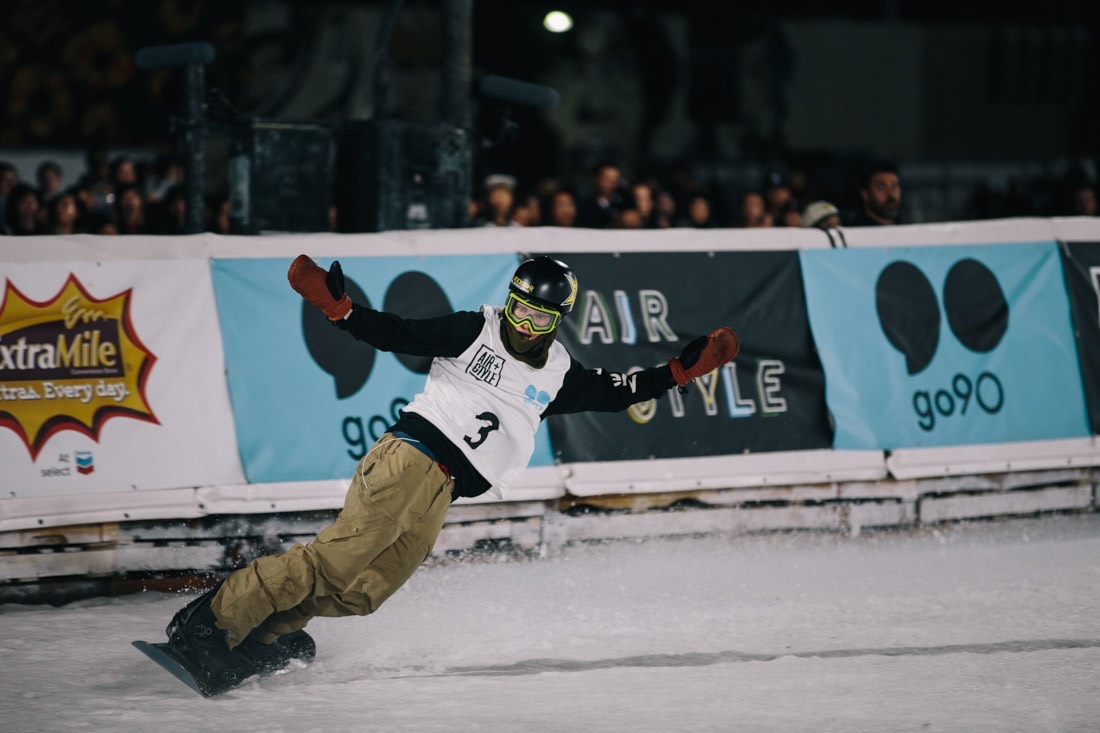 TV On The Radio were tasked with being the weekend’s biggest rock band, and one of only two at all. Instead of tamping down their set, they dug into their outlier status – guitarists Dave Sitek and Kyp Malone shook up mounds of feedback amongst their rock-steady riffs, while singer Tunde Adebimpe was all frontman passion, his hands either clenched at the sky or twisting a vocal processor around his devotional wails. While most of the audience seemed to be waiting for the night’s YG-Major Lazer double header – “You guys like music, but not necessarily this band,” Adebimpe deadpanned at one point – signature tune “Wolf Like Me” briefly turned the fairgrounds into a riot, people shouting and jumping around like it was a Brooklyn warehouse party.

Brother-sister duo XYLO lured in early showgoers with their dark, L.A.-bred electropop. Singer Paige Duddy, drummer Chase Duddy and their band slunk through festival-ready tracks like “Afterlife”, “Gossip”, and “Setting Fires,” their collaboration with the ubiquitous Chainsmokers. Their live-band approach gave the EDM hit new life – it isn’t hard to see them hitting similar marks as a main artist sometime soon. Fellow locals The Shelters stepped up to the plate as the first of the weekend’s two rock bands, and they certainly lived up to the title – guitarists Chase Simpson and Josh Jove traded bluesy solos and chiming riffs, while drummer Sebastian Harris and bassist Jacob Pillot kept the groove rolling through the early afternoon heat. Lead single “Rebel Heart” got both the young ravers and their chaperoning parents to dance along – a true sign of a unifying festival act. 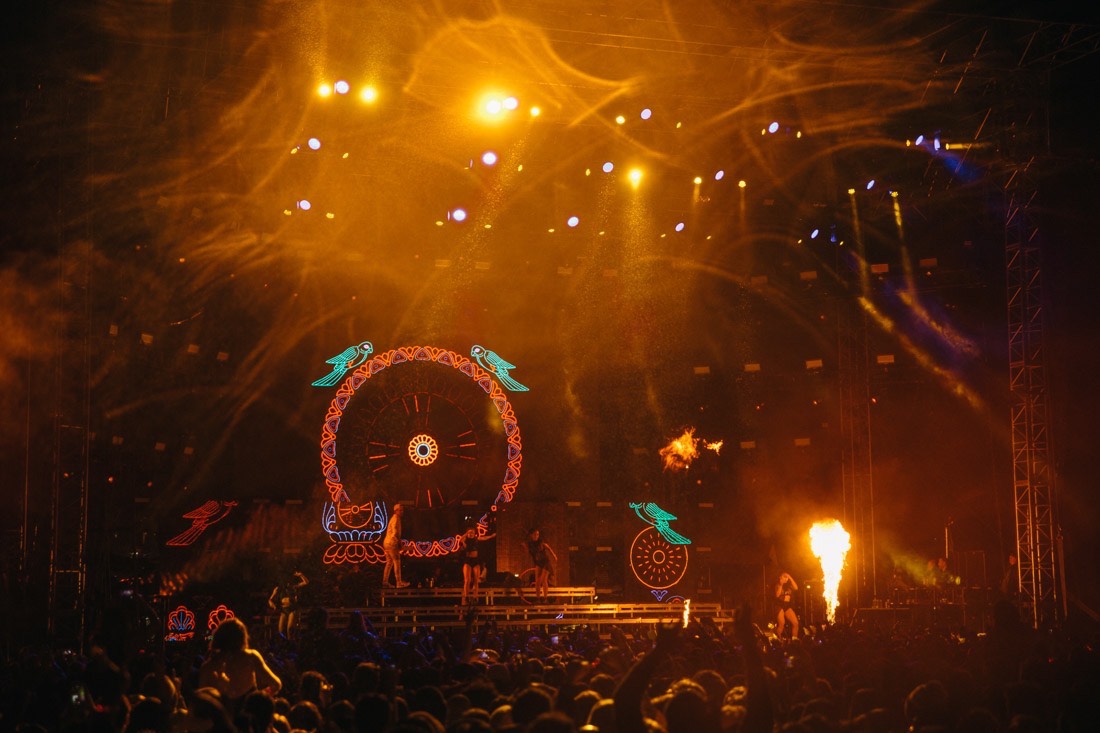