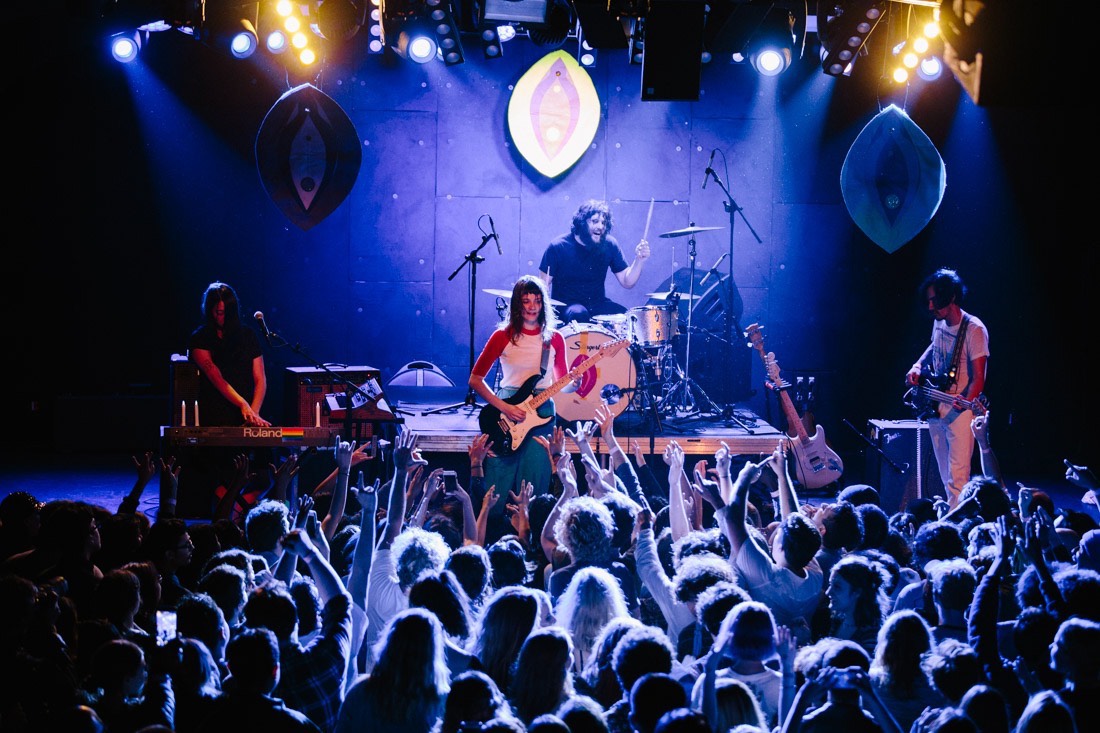 Clem Creevy and her newly revamped Cherry Glazerr are one of those bands defining the LA scene. They’re still young, loud, and political. Not in a “Masters Of War” kind of way, but in an “I don’t shave my armpits/pussy bites back/free the nipple” fashion. Cherry Glazerr’s presence is the statement — as is how hard they rock. The sold out show at The Teragram Ballroom was the last before taking shreddage to Europe, and it was a perfect send-off.

“Are you ready to get very, very weird?” synth player Sasami Ashworth asked as Cherry Glazerr took the stage, Creevy crawling on the floor to her microphone. They blasted through “Sip O’ Poison” and “Nuclear Bomb” off of Apocalipstick, the grunge, post-punk album the band released in January, shattering ear drums and preconceived notions of femininity along the way.

Before launching into the slinky “Had Ten Dollaz,” the single that put Cherry Glazerr on the map, Creevy had an exchange with someone who didn’t think her announcing “poopy” into the mic was very funny, yelling “Fuck you!” and aggressively flipping them the big one, with the crowd eating it right up. By the end of the song, Creevy descended into screaming gibberish, as if she was being exorcised onstage.

Almost every song turned the front half of the crowd into a swirling pit, complete with abundant crowd surfers, thanks in no small part to new drummer Tabor Allen, whose tasteful overplaying provided a solid, head-banging foundation for the weirdo theatrics of Creevy and Ashworth. 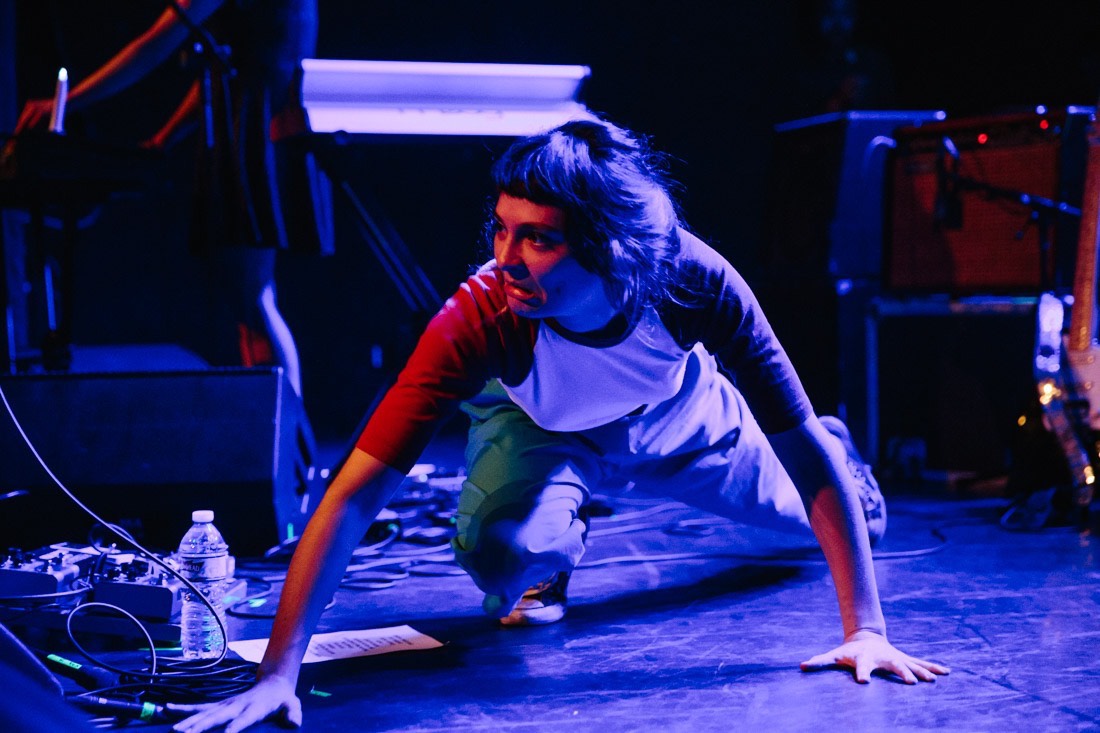 The music was heavy, sludgy, perfectly imperfect, and definitely had a vagina—one with teeth—something reinforced by the technicolor lady genitalia decorating the stage, an odd-ball “Power to the Pussy” interlude and Creevy saying, “The future is female! Yes m’am!” before “Trick Or Treat Dancefloor.” When Creevy yelled, “Girls to the front! We play for you!” before launching into “Instagratification,” an electric current went through the room, the direct lineage between Creevy and Bikini Kill’s Kathleen Hanna, who originated the iconic line, too strong to ignore.

“Told You I’d Be With The Guys,” a song about the importance of female friendship with a ten-ton riff was a highlight of the night, as was “Nurse Ratched,” which created the beautiful image of female fans diving off the stage as Creevy sang, “She’s a wild one/She’s a wild one next to me.” All the heavy was contrasted nicely with the wistful pop of “Teenage Girl” from 2014’s Haxel Princess, the roar that arose from the audience betraying their status as adolescents.

Cherry Glazerr completed their grunge metamorphosis by capping off the night with an explosive cover of Nirvana’s “Territorial Pissings,” which may have riled up the crowd more than any other offering.

The show was opened by Jerry Paper and the melancholy, trumpet-accented rock of Slow Hollows.