Lush with sold out shows, festival appearances and a new EP Blind Spot. But 2016 also brought the final show the band would play at the Manchester Academy to a somewhat somber crowd." /> L.A. Record
Menu 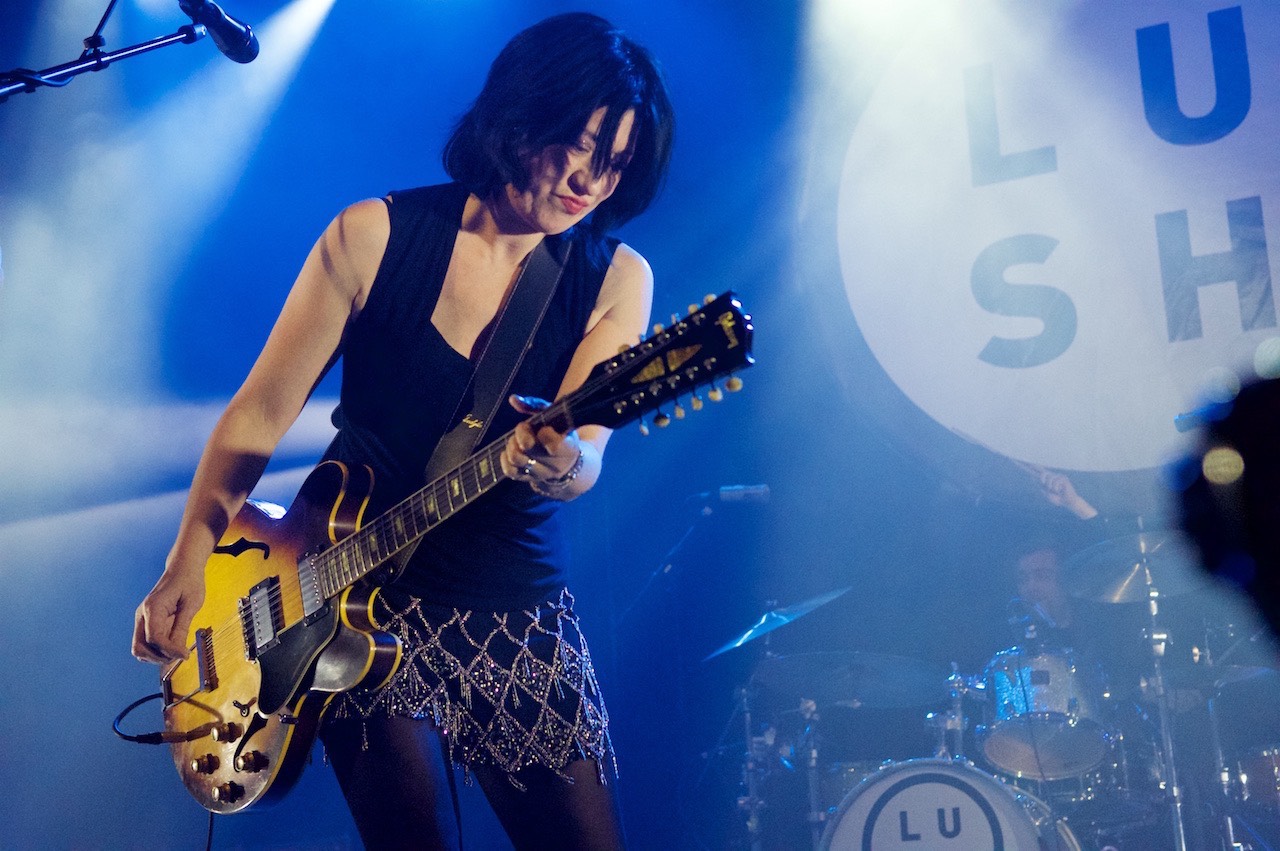 2016 brought a very successful return for Lush with sold out shows, festival appearances and a new EP Blind Spot. But 2016 also brought the final show the band would play at the Manchester Academy to a somewhat somber crowd. We were soaking in every last note all knowing this was the last show ever (sometimes knowing is worse).

Kicking off their high energy set with “De-luxe” and plowing through classic after classic covering their entire career including “Kiss Chase,” “Thoughtforms,” “Etheriel,” “Light From A Dead Star,” “Hypocrite,” “Undertow” plus the new already classic Lush track “Out of Control.”

While nothing can replace the late Chris Acland’s subtleties that helped define Lush’s sound, drummer Justin Welsh’s hard and fast style of playing added an extra kick apparent in songs like “Ladykiller,” or as Miki Berenyi said should be renamed “Pussygrabber” in light of U.S.A.’s new president elect, as well as “Sweetness and Light.” Acland’s close friend Michael Conroy of Modern English filled in on bass as Phil King left the band in October.

Finishing with the final song of the night “Monochrome,” Emma Anderson, Berenyi and Welsh gave their last waves, left the stage for the final time and the crowd quietly shuffled out having been treated with a very special goodbye.

Kicking off the night was Brix & The Extricated featuring post punk legends Brix Smith, Steve Hanley and Paul Hanley (The Fall). They blasted their way through a mix of originals as well as The Fall classics such as “2×4,” “Bombast” and “Totally Wired” with a few Trump jabs thrown in for good measure.