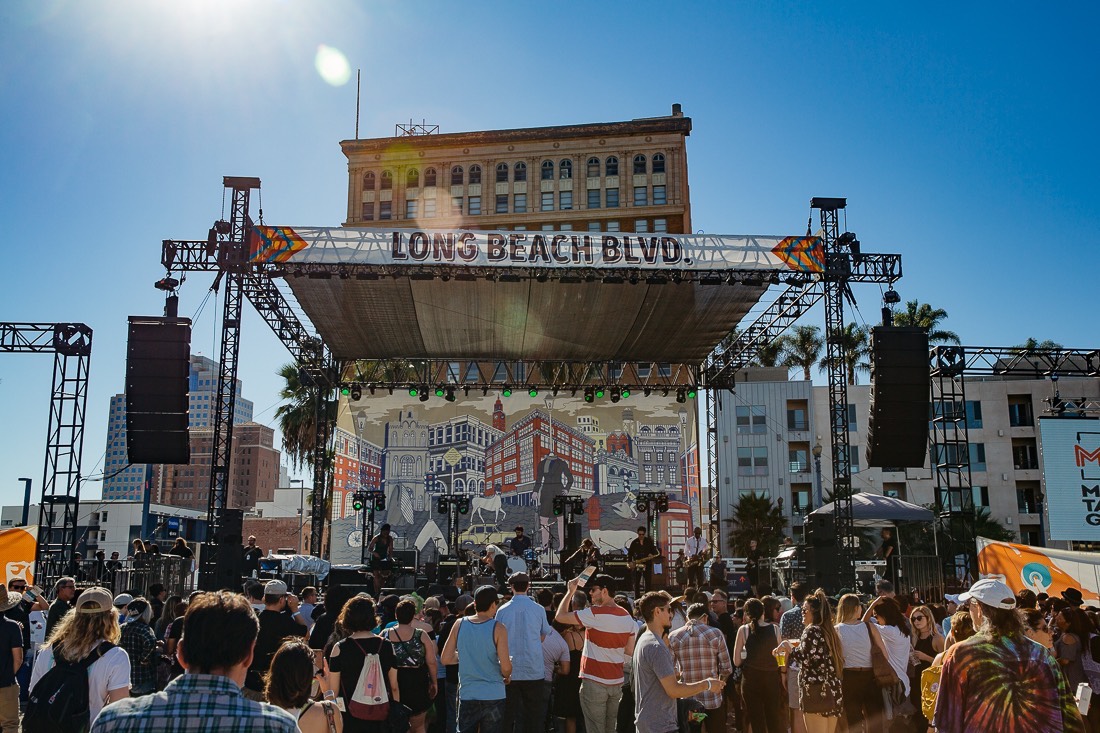 Imagine cooking in your kitchen on Linden Avenue and E. Broadway in Long Beach when BAM! – your dishes fall to the floor and you jump 5 feet up in the air because METZ has just started playing “Headache” right below your window. Of course, you instantly feel the need to skip dinner and go down and be one with crowd. For its debut, Music Tastes Good was literally in your backyard.

Local musicians like Rudy de Anda just had to walk a block or two from his home to play. Over on the JetBlue stage on Atlantic and E. Broadway, bands like Squeeze and Iron & Wine had the block packed. A shirtless guy had a prime viewing spot as he stared out his window.

If you got there early on Saturday and braved the heat to catch certain bands, you might have wondered why they weren’t on or had their set cut short. Bands on The Long Beach stage and Linden stage had to have their sets cut short due to early technical difficulties which was unfortunate because artists like LE1F and Chicago’s Twin Peaks definitely deserved more time.

As the sun set and it cooled down, more people showed up for Melvins, Warpaint and The Specials.