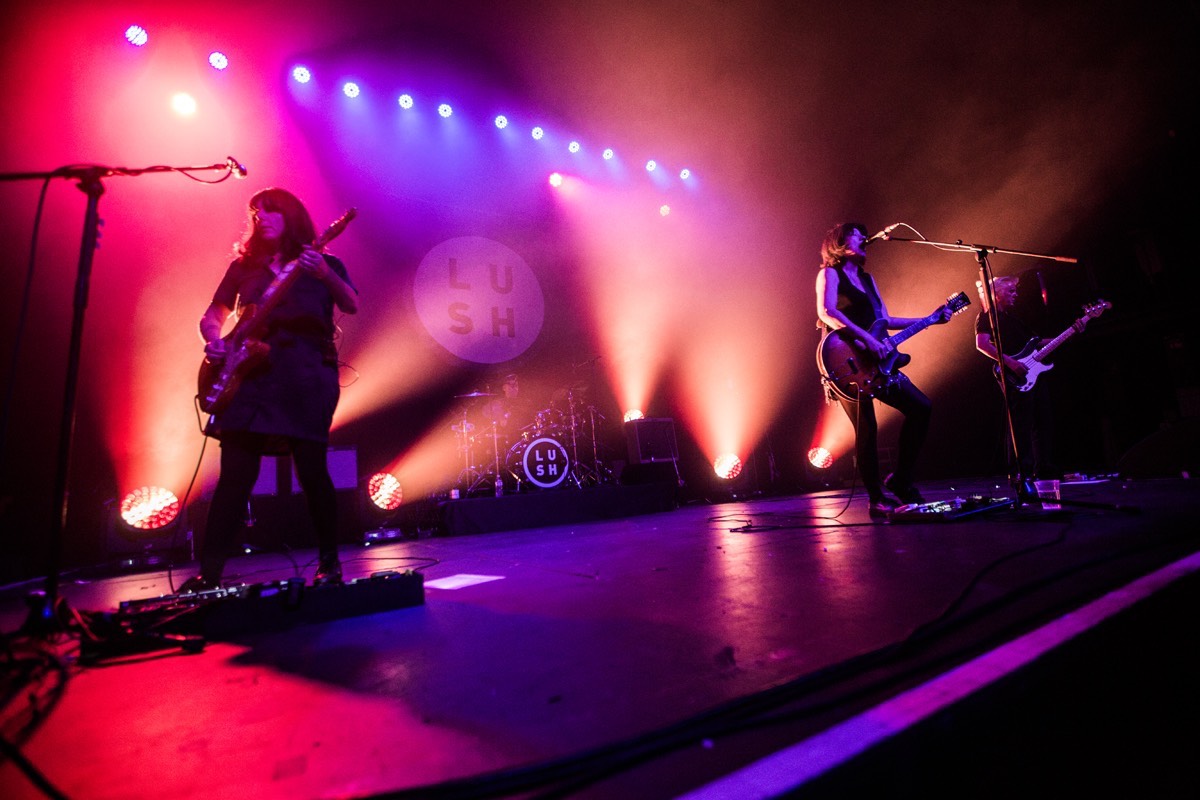 UK’s beloved Lush returned with a vengeance for a pair of sold out shows at the Fonda Theatre. Those who missed their Coachella and Roxy appearances were finally able to hear the band live. Fans were treated to an epic, 21 song set for the band’s much anticipated return. Miki Berenyi and Emma Anderson’s dreamy vocals and punchy guitars, alongside Phil King’s seductive bass lines, sounded as swoon-worthy as they did well over two decades ago on songs like “De-Luxe,” “Desire Lines,” and “Sweetness and Light.”

An ode to women and the “wankers” in their lives, the band’s haughty radio hit, “Ladykillers” followed by the equally incendiary “Downer” almost brought the house down.

With a new song played, here’s hoping it won’t take as long to see Lush again in the US.