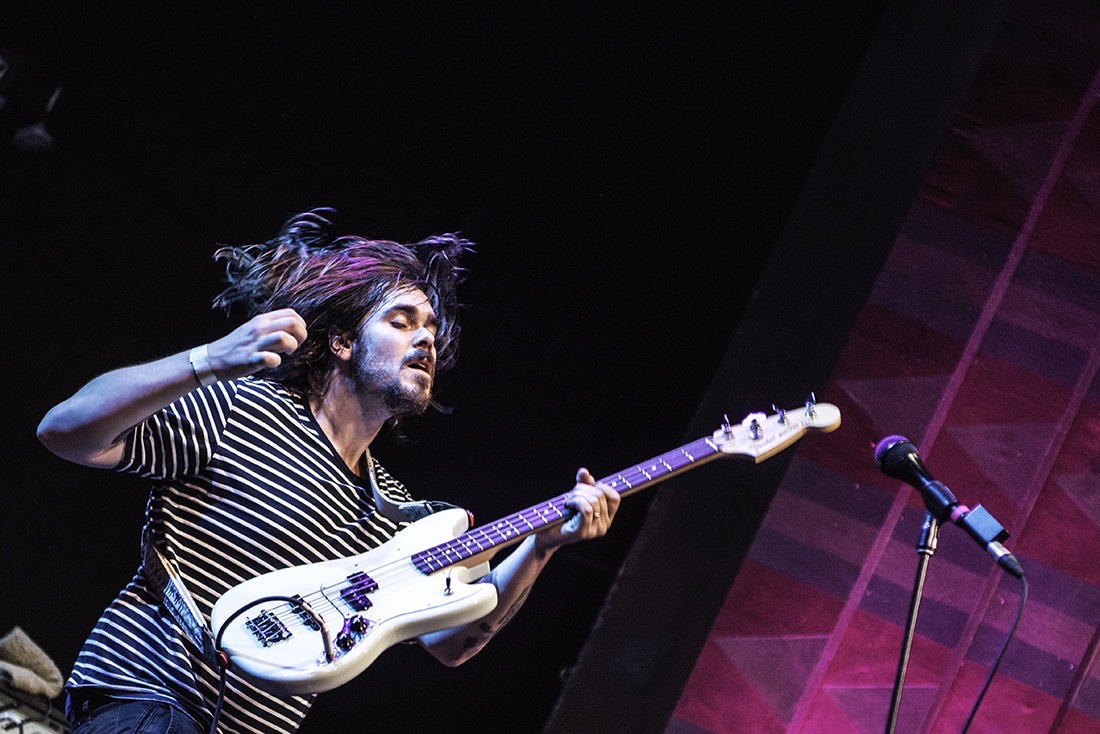 After a two night run of shows at the American Legion Hall back in February, Parquet Courts made a triumphant return to Los Angeles at The Regent. With the venue packed wall-to-wall, the quartet tore through tracks off of their newest release Human Performance. Opening with Sunbathing Animal track “Ducking and Dodging,” the crowd sang along and danced, but the real madness kicked in a few songs later when the band played “I Was Just Here.” This instigated the 18+ crowd to begin a slamming pit which lasted through the remainder of the set as the band rotated through their arsenal of guitars. In between songs, the guys contemplated heaven and hell as they bantered back and forth. Parquet Courts had to cancel their Santa show date a few days prior due to a minor head injury to vox/guitarist Andrew Savage, but Savage wore his shiner proudly and gave Los Angeles fans a night they might remember.