THE ART OF RAP FESTIVAL @ THE HOLLYWOOD PALLADIUM 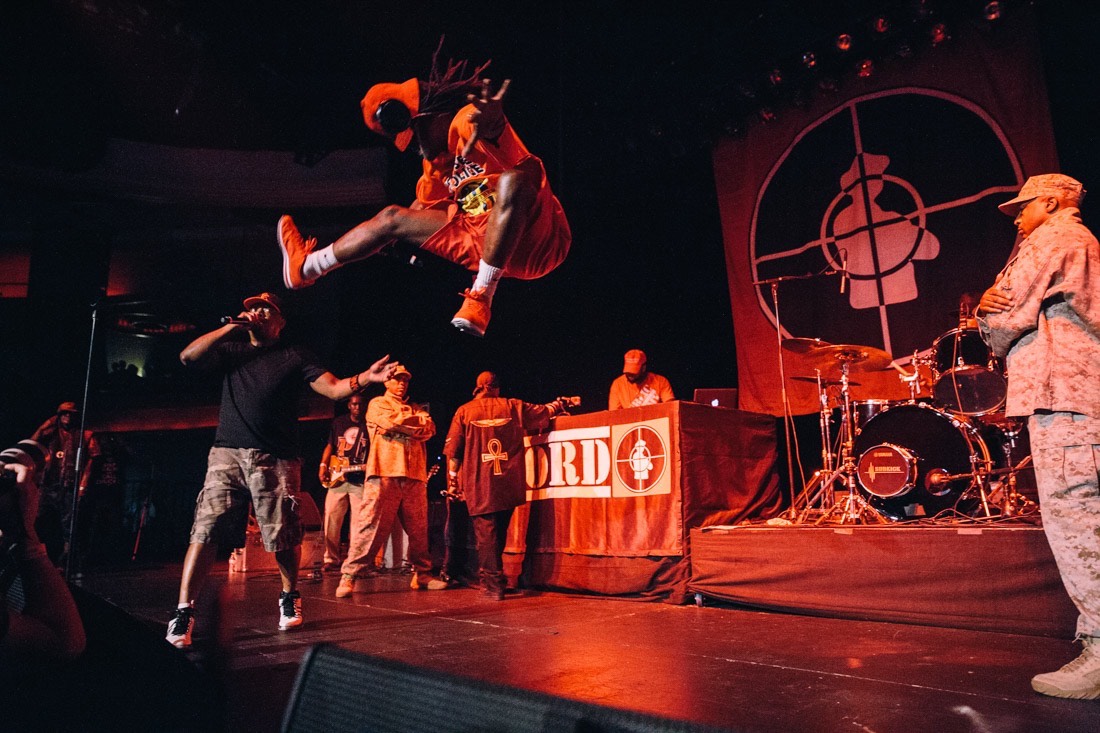 The touring The Art of Rap Festival made its way to The Hollywood Palladium to the delight of hip-hop fans in L.A. The festival was spawned by the documentary Something from Nothing: The Art of Rap, directed and produced by the iconic rap artist Ice-T.

Chief rocker Busy Bee MC’d the event, featuring performances by Public Enemy, Ice-T, EPMD, Mobb Deep, Kurtis Blow, Tre Capital, and more. The evening, however, belonged to the legendary rap group Public Enemy. The crowd held their clenched fists in the air as Chuck D, Flavor Flav, Professor Griff dished rhymes to classic songs like “Rebel Without A Pause,” “Bring The Noise,” and “Fight The Power.” It never gets old as the words are still relevant today.

Turntable maestro DJ Lord kept the beats flowing throughout and also put on a solo performance during a break. An energetic Flavor Flav sailed through the air and played a bit of bass. A more reserved Professor Griff mostly hung out in the in the back of the stage delivering lines here in there while Chuck D carried the bulk of the lyrics. In the spirit of the band’s political themes, Flavor Flav closed out the show with some heart-felt words for crowd.

“Hey yo? Check 1-2? Hey yo? Before I leave the stage tonight – before I leave the stage tonight – I just want everybody to know that there’s two things in life that I’ve always been against. Number 1, I’m against racism. I don’t like racist motherfuckers. Number 2, I’m against separatism because being separate is the reason why we got these world wars going on. We got gang territory wars going on in our neighborhoods. All this shit must need to come to a motherfucking stop. No matter what race we come from. No matter what color we are. No matter what religion we study. No matter what part of the world we live in. At the end of the day we are all God’s children on the planet Earth [and] we must all stick together and build a wall of unity.”