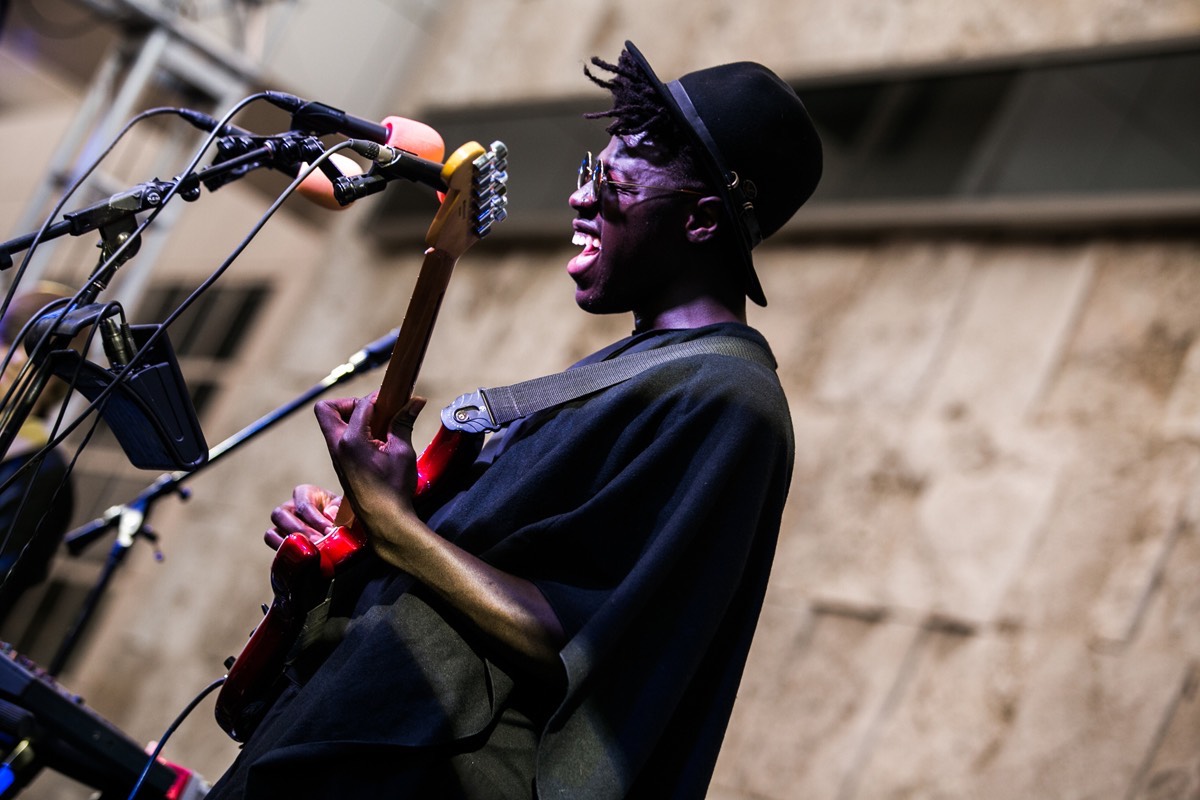 Photos and recap by Leslie Kalohi

It was a rather scorching edition of The Getty’s summer concert series, Saturdays Off the 405. Once Moses Sumney took the outdoor stage, it was like a comforting breeze settled over the huge gathering of fans.

Sumney’s unique musical style, propelled by his stunning voice, hints at folk, to subtle bossa nova, to jazz, and even experimental rock a la Radiohead. “Most of my songs are about death,” Sumney stated in his trademark droll way. “I hope you’re enjoying the set.”

New and old songs, and an Amy Winehouse cover, rounded out Sumney’s first hometown show of 2016.