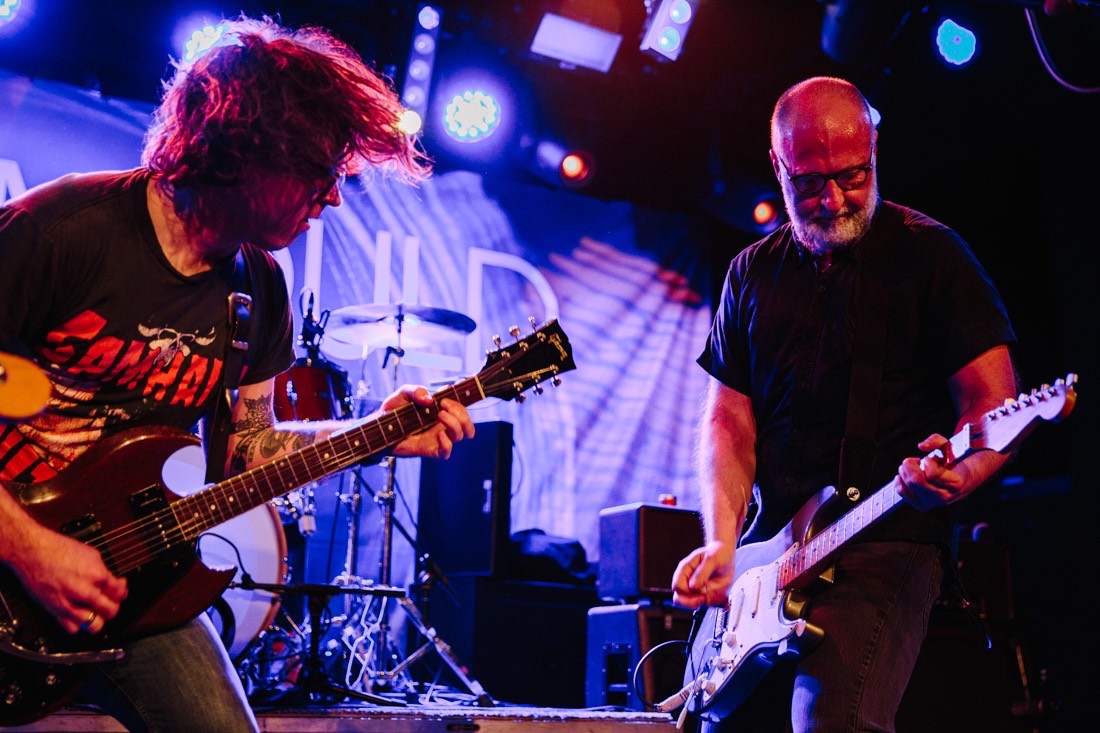 Fans of talented Bob Mould packed the Teragram for a night of songs off his recently released album Patch the Sky, including the infectious melodies of “Voices in My Head” and plenty of tracks from his days in Hüsker Dü and Sugar. Mould had his amp cranked up loud and ripped more than a few sick leads when he wasn’t on the mic. Jason Narducy dished his basslines as he tossed himself about the stage. Jon Wurster pounded away on his drum set keeping a fast pace for most of the night. They performed pretty much non-stop throughout with few breaks between songs. Before playing “Something I Learned Today,” Mould dropped a pleasant surprise for the crowd. “Where is he? Where’s that guy that was gonna play with us tonight? Hey, Ryan Adams!” With his Gibson SG in hand, Adams took to the stage and pounded out thunderous riffs and sang backup vocals with the rest of the band. But Mould had another ace up his sleeve. Wurster temporarily departed from his drum set to sing a Ramones’ cover while actor Fred Armisen filled in for him on drums. They closed out the set with Hüsker Dü favorite “Makes No Sense at All.”

Dressed like a super hero, garage rocker Mike Krol and his band warmed up the crowd with a few songs including the groovy “Neighborhood Watch.”

I decide to listen to the voices in my head
Strange hallucinations I avoid
The people and the places, the living and the dead
Can I find some truth within the noise?

We’ve had our final conversation
I remember that
Understand me: it’s a long way back
If I decide to listen

No more time to listen to the voices in my head
Say goodbye, time to say farewell
To all the ghosts and demons and all the words they said
I decide to listen to myself