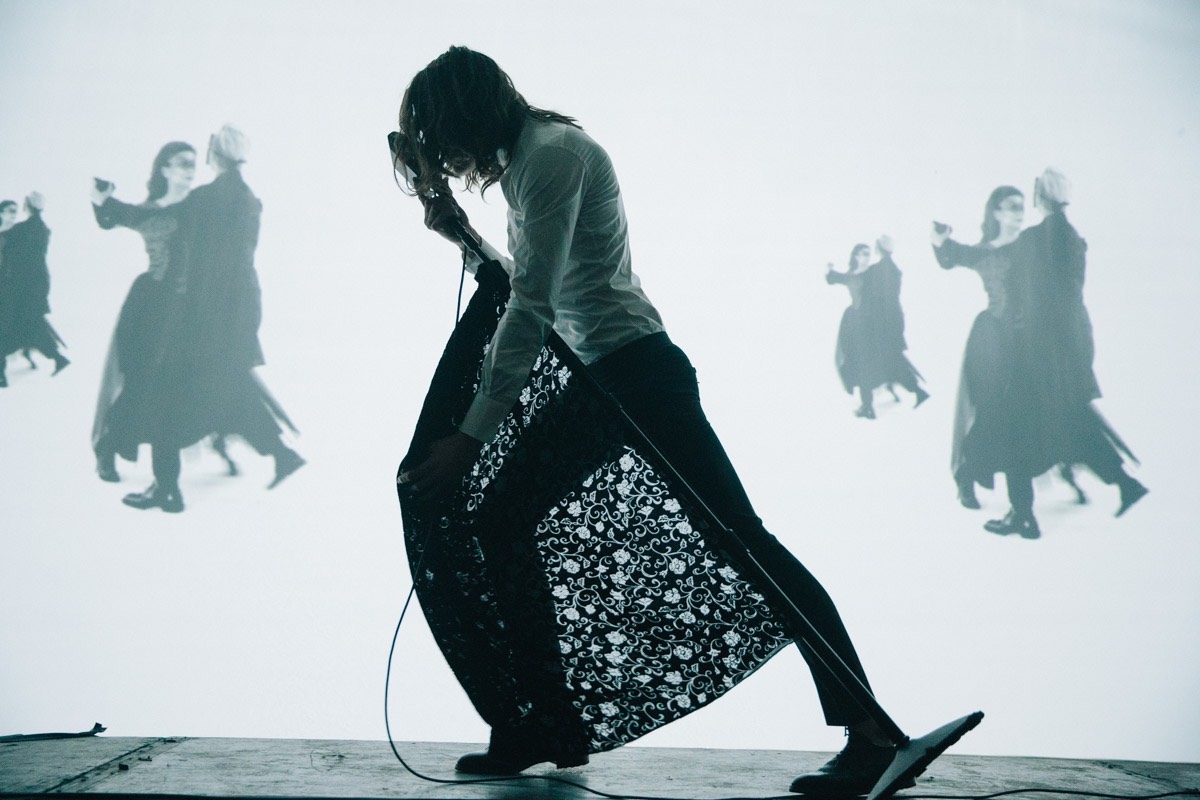 Sometimes it’s refreshing to break from the norm. Guests inside DTLA studio HNYPT had that opportunity as they sipped on drinks under a chandelier as a ghostly apparition played classical music on her violin. Meanwhile, in another room, a large picture frame suspended in mid-air enticed viewers to snap photos of sculptures spot-lit by a hot light. A meme on the wall “We need to talk” was emblazoned on the wall along with social media handles.

The mysterious event was part of LA duo Woolf and the Wondeshow’s sneak peek into shows that are planned in the near future along with a yet to be announced EP. Last year the duo released two infectious singles “Cages” and “Cloaked” which each have almost 1 million views on Spotify.

The attendees watched the duo perform tracks off of the EP in front of a custom made rear projection display backing the stage. The audience was dazzled by a very theatrical and avant- garde performance.