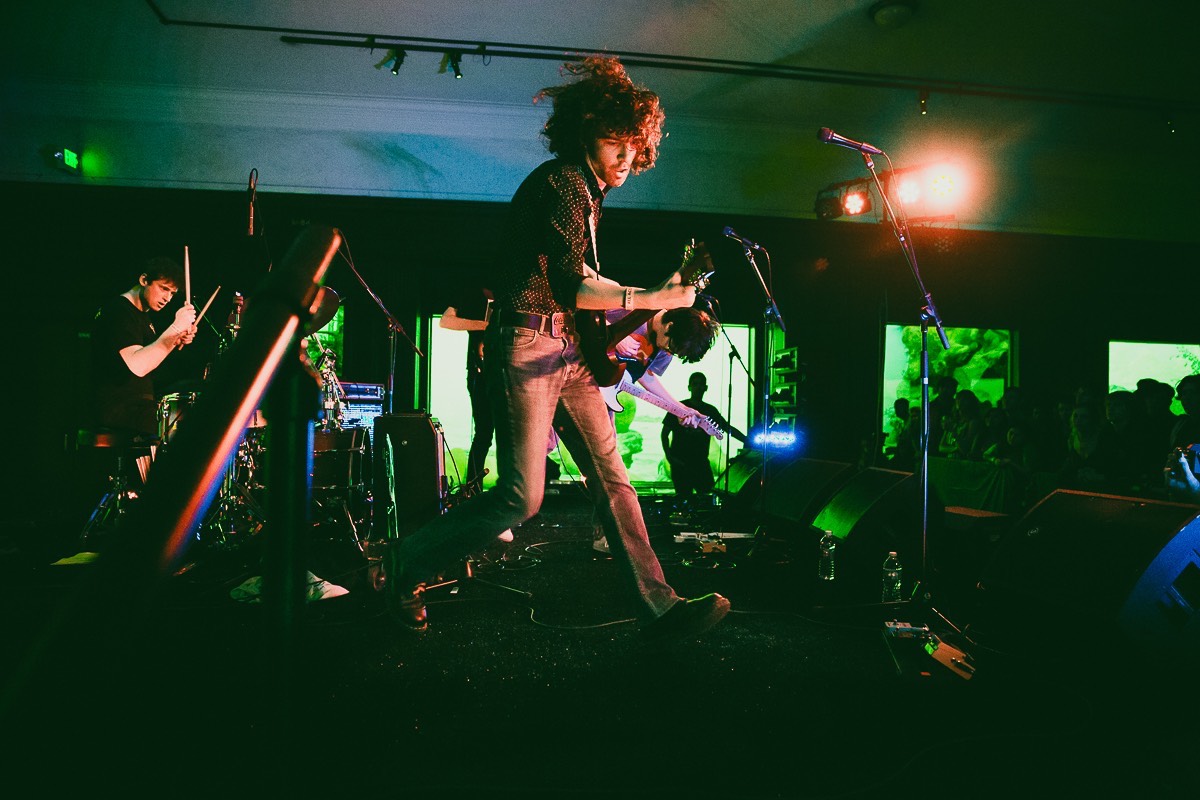 First Fridays at the Natural History Museum was a sweet double bill with Bandcamp sensation Car Seat Headrest and get-you-in-the-groove Night Beats. Lead vocalist/guitarist Will Toledo of Car Seat appeared to be at ease among the dead animals at the museum and in front of fans in the front who sang along to every word. Night Beats has a pretty large following in Los Angeles and the room was packed when they came on at 8:00 p.m. Fortunately for us, they played a long enough set and many from their album Who Sold My Generation. You can read more with Robert Levon Been’s interview with the band here.