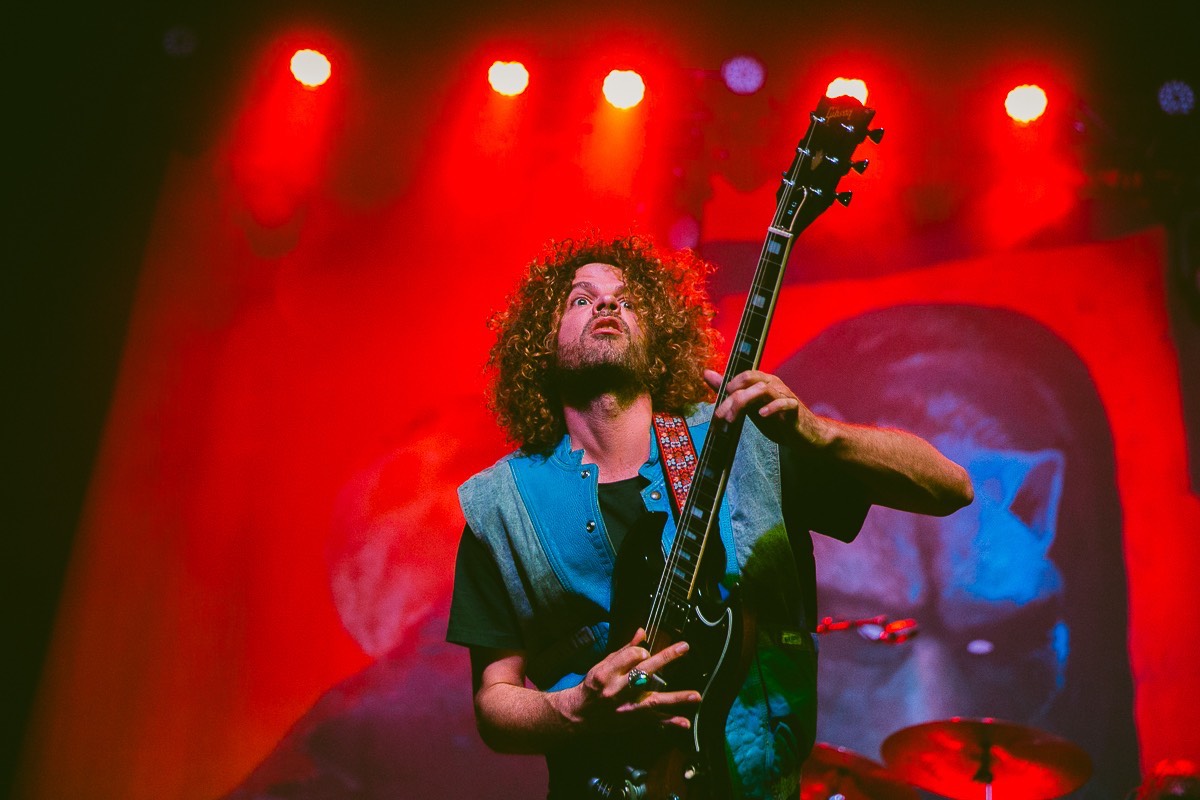 Lovers of sweet, hard rock n’ roll packed The Fonda Theatre on Saturday night as The Gypsy Caravan Tour rolled into town with Sydney’s Wolfmother and LA’s own Deap Vally.

Vocalist/guitarist Andrew Stockdale, bassist/keyboardist Ian Peres, and touring drummer Alex Carapetis created a frenzy as fans on the floor had way too much fun in their massive circle pit. Wolfmother is touring in support of their latest Victorious and played a few tunes from it, including “The Love That You Give,” “Gypsy Caravan,” and “Pretty Peggy.” “Woman” was played early on and the night ended with “Joker & the Thief.” A cardboard wolf head made its rounds, Stockdale broke and threw one of his many guitars in the crowd, and we were higher than high.

To perfectly match Wolfmother on the bill, Deap Vally had the crowd fully engaged as guitarist/vocalist Lindsey Troy and drummer/vocalist Julie Edwards brought us music that was in-your-face and completely seductive. Who bought the beanie Troy made and when is that new album coming out?!! Shout out to Liv Marsico (Liphemra) who held it down on drums while Edwards was taking care of her new baby. They will be back April 14 opening for Foals and Silversun Pickups at Fox Pomona.
Rock n’ Roll forever.