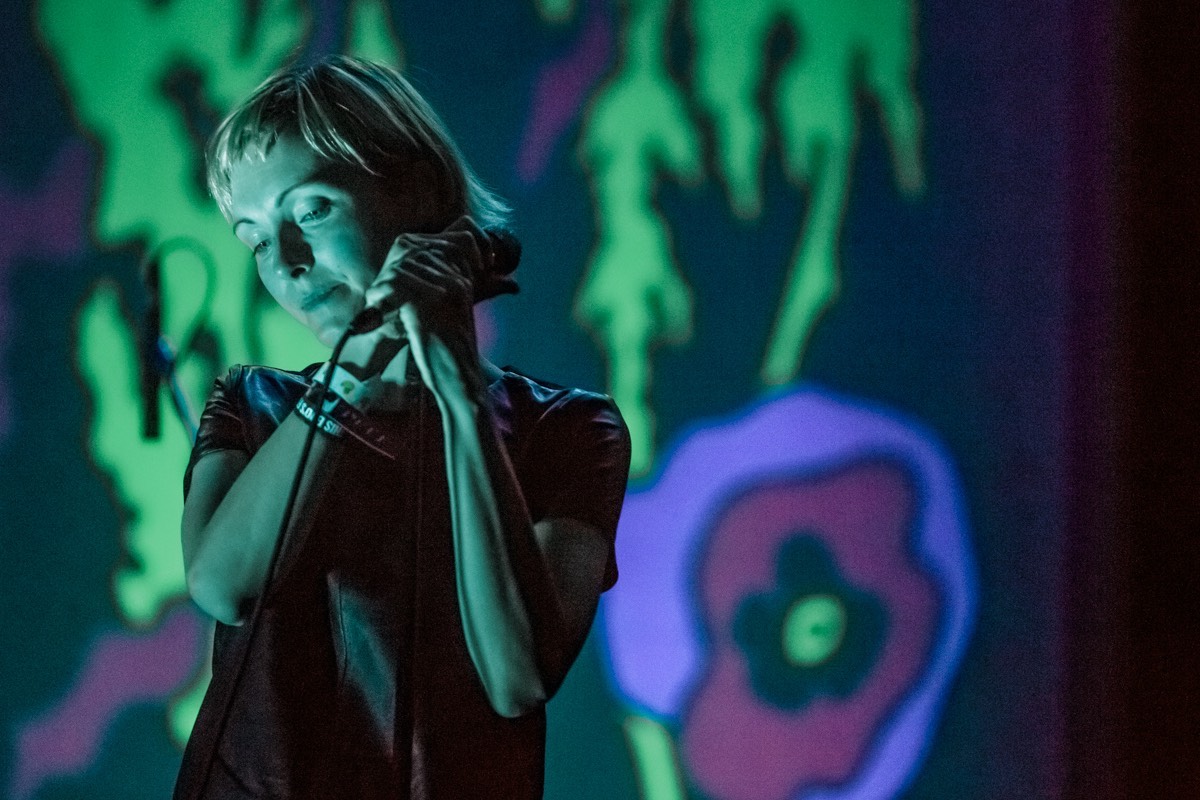 Photos and recap by Scott Sheff

Fresh off the release of their third studio album United Crushers, electro-pop outfit Poliça returned to LA for a moving performance at The Fonda Theatre. Led by the seductively smooth vocals of Channy Leaneagh, the group’s bass-heavy sound is rounded out by the silky electronic soundscape created offstage by producer Ryan Olson, and onstage with bassist Chris Bierden and a duo of drummers, Ben Ivascu and Drew Christopherson. Collectively, the quintet delivered a mystical sound with equal parts R&B and goth-pop, and enhanced by Leaneagh’s beautiful vocals and free-flowing dancing.

A “Whoa, where has he been?” moment happened during the last song with Bierden stepping up to the mic and blowing the crowd away with his powerful vocals. While it was only one verse, its impact was everlasting. Hopefully, Poliça taps into his hidden skillset in future projects.

After a recent tour with the band Harriet, Sydney Wayser and her indie-pop/synth project Clara-Nova is back on the road with Poliça and winning over more fans along the way with her angelic voice and catchy beats. The gig was more than just a chance to play in front of her hometown fans, but also an opportunity to fulfill a dream of playing The Fonda. With the reception the band received, more dreams will surely be satisfied in the not-so-distant future. Clara-Nova’s debut EP The Bronze Age is available now.