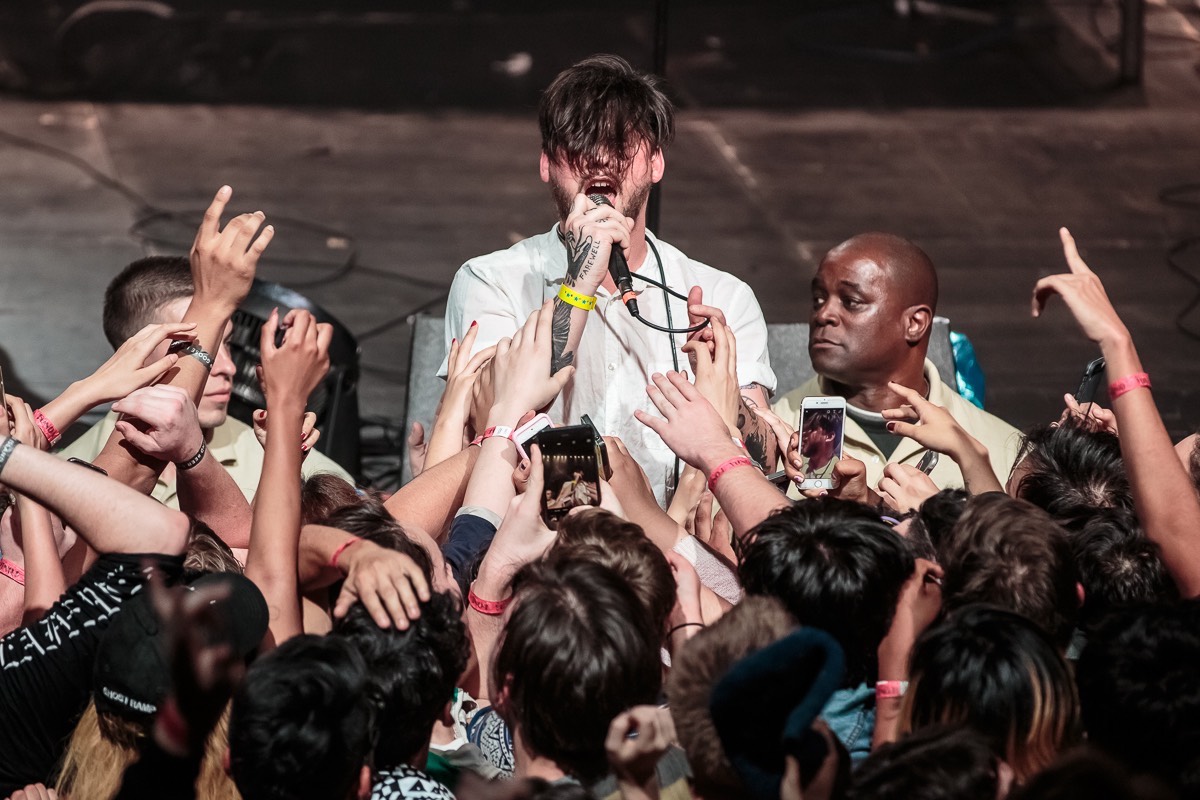 During the Wavves’ set, fans passed each other around with the support of lead singer Nathan Williams and a helpful security crew. If the rocking music wasn’t enough, Williams told the crowd that the band had something for them – bags full of inflatable aliens. The colorful creatures made a nice addition to the zaniness of the night. Plenty of songs were played from their latest album V.

Best Coast expressed their appreciation for their hometown fans with a high-energy set of their own and some flowers for a few lucky fans. Bethany Cosentino sang her heart out and had fans singing along, while mad shredder Bobb Bruno rocked stage left. Many favorites were played included “California Nights.”

Back in late October, drummer Hannah Uribe left the trio of Cherry Glazerr. Now a quartet that includes Sasami Ashworth on keybaords/backing vox and Tabor Allen on drums, the band has new songs that are filled with vitality and drive. Vocalist Clementine Creevy shredded on guitar and engaged with the crowd who eagerly showed up early to catch all three bands. Bassist Sean Redman, who is also playing with The Buttertones, had just the right amount of glitter.