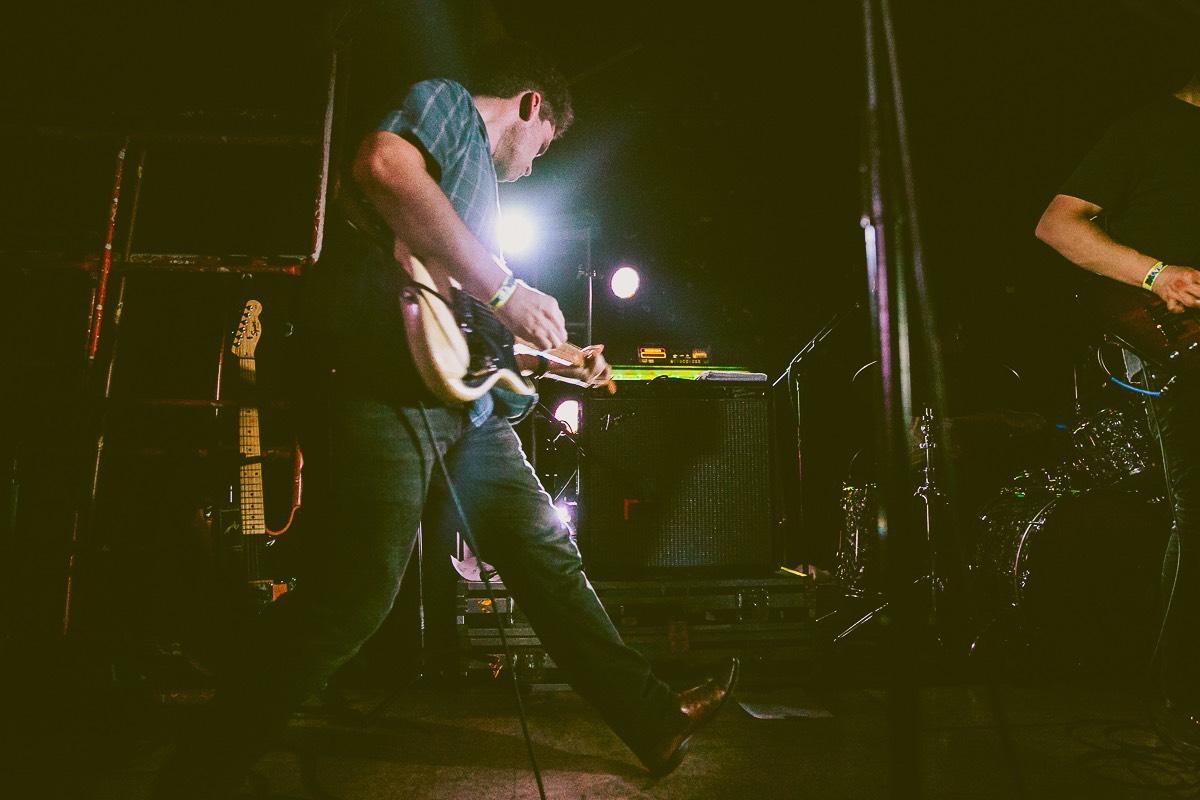 Tucked in a quiet neighborhood of Highland Park, music fans 21+ gathered last night in the hall of the American Legion Post 206 which felt like a big old basement or tiny high school gym of sorts for a dance to hear Parquet Courts play some new tunes from their brand new album Human Performance. One song that really stuck out with some trippy transitions was “One Man, No City.” Andrew Savage (vox/guitar), Austin Brown (vox/guitar), Sean Yeaton (vox/bass), and Max Savage (drums) are tight as ever and the new songs will definitely cock one’s ear.

It took a bit for the LA crowd to actually start moving (it wouldn’t be so if it was all ages), but towards the end, finally some people started moshing a bit and letting loose. The 18+ crowd tonight is sure to get their groove on. Although Human Performance isn’t released until April 8th, you can pick it up at the shows.