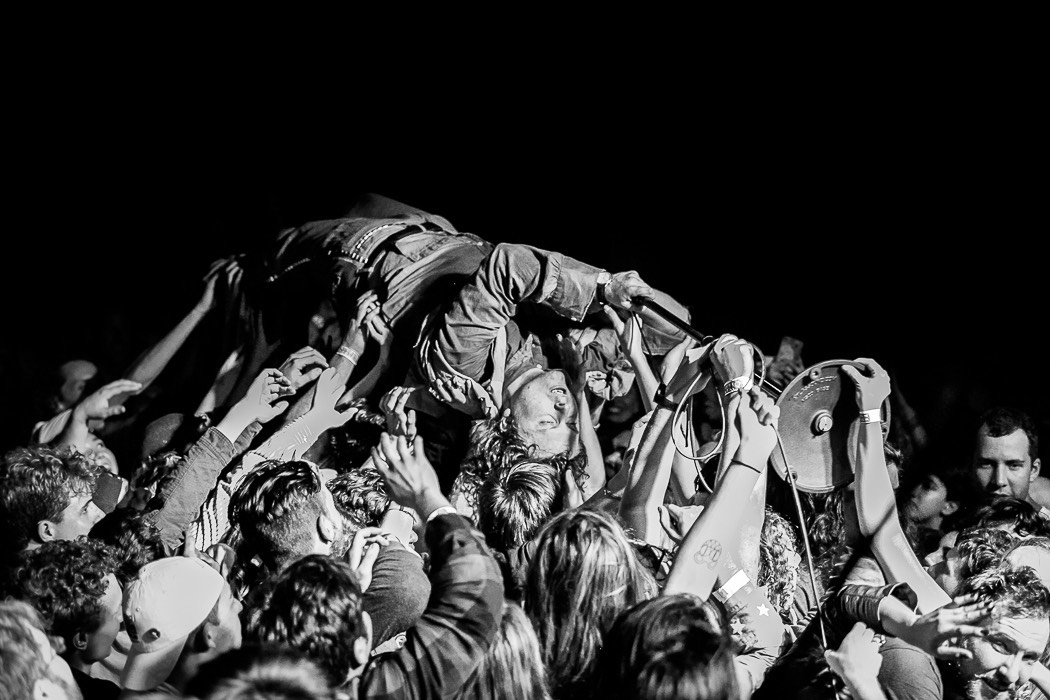 There was a lot of emotional mugging going on between Ty Segall and the crowd who embraced the creative one as his baby got out of jail. Segall’s saliva was a gift to the ones in front as the band rocked on. And this is no ordinary band. Ty Segall & The Muggers is a dream concoction of Segall, Kyle Thomas (King Tuff), Mikal Cronin, Emmett Kelly (The Cairo Gang), and Wand’s Corey Hanson and Evan Burrows. The fantastic Emotional Mugger will officially be out January 22nd.

Charlie Moothart who plays with Segall has his own creation going called CFM. They preceded with some tunes from his debut album Still Life of Citrus and Slime which comes out in April.

LA VIAL started the music off with their short, fast punk tunes. VIAL’s Denee Petracek
came out later on Ty’s set to partake in the saliva sacrifice.