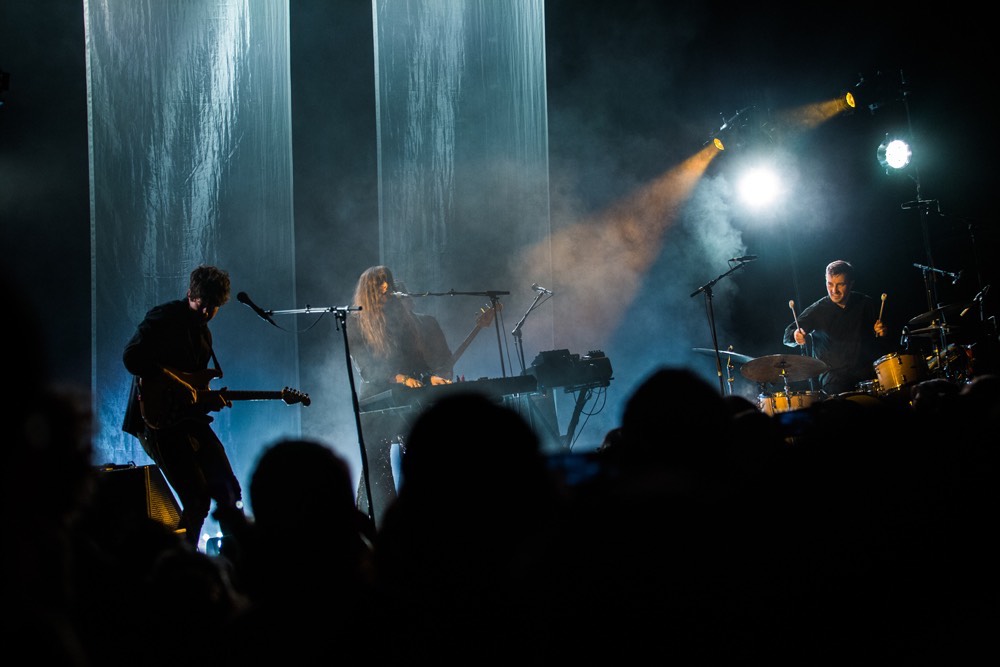 Nestled in the shadows of The Fonda Theatre, Baltimore’s Beach House began a four night, sold out stint to showcase two stunning album releases this year, Depression Cherry and Thank Your Lucky Stars.

Obviously capable of playing larger venues, the beloved dream pop group made its concert as intimate as possible for fans. The audience was in such respectful reverence, that early on vocalist/keyboardist Victoria LeGrand told everyone, “You don’t have to be that nice.”

Abstract colors and shapes projected against a trio of gossamer fabric on stage cast Beach House outside in the “elements.” The most beautiful moments included twinkling stars during “PPP,” falling cascades for “Space Song,” and red flickering flames on “Wishes.” The visuals helped tie each song together into an organic, yet otherworldly, experience, allowing fans to float along with Beach House through time and space.

The haunting soundscapes created by Angel and Arlene Deradoorian was a treat to listen as well as watch, as the sisters looped their own vocals, percussion, and synths into transcendent bliss.