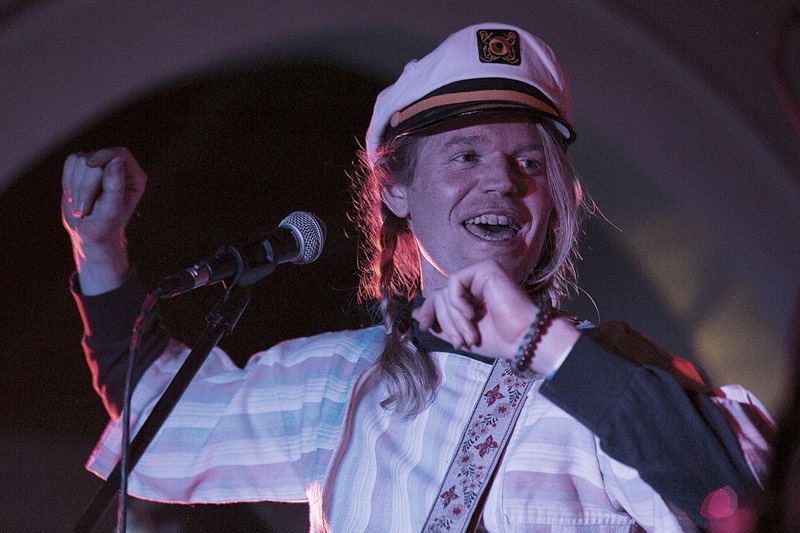 The children were very excited, sipping soda from the bar, hugging the Center For The Arts stage tightly to receive a large dose of New Zealand’s kooky little elf Connan Mockasin. This man’s music has no beginning and no end, and the middle is often a surprise, diverting spontaneously, accidentally, and deliberately all at once. And his voice, it’s a wonderful oddity, as if an alien abducted the Bee Gees and fed their voices to a robot. The swirling music grooved its way through jazz, r&b, pop and ethereal ambient mashed potatoes oozing with psychedelic gravy, with each musician manning a music station like the crew of the Enterprise navigating an asteroid belt made of candy. Mockasin even rapped, and while Wu-tang probably won’t be calling anytime soon, it’s all fun and refreshing to experience a performance that seems bound by no rules. It felt like a predominately young crowd, and the booze-less bar enhanced the sense that this was a show for the kids who perhaps have not been able to see Connan Mockasin play before. With that in mind, it was fun to see soft, tender minds get massaged by the wee nimble fingers of Captain C. Mockasin.