The Dandy Warhols are one of those bands that lets you fall down the rabbit hole and into their world of cosmic, trippy and sensual music. " /> L.A. Record
Menu 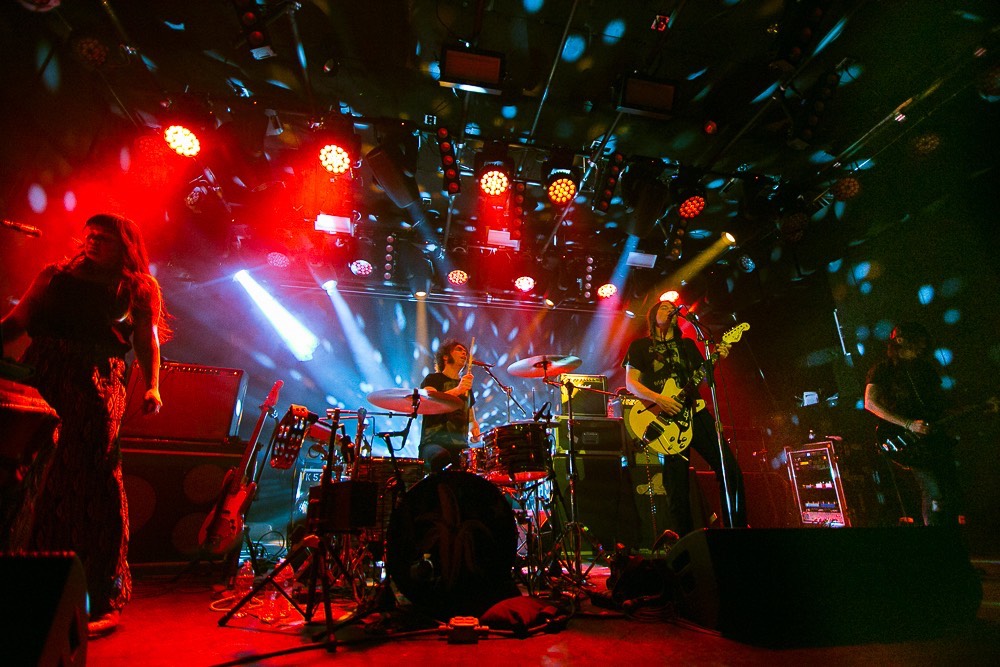 Many had the right idea by escaping the madness and into The Teragram Ballroom for the third consecutive sold out evening as one of the coolest bands known to mankind was playing. The Dandy Warhols are one of those bands that lets you fall down the rabbit hole and into their world of cosmic, trippy and sensual music.

The Dandys are like friends you always want to be around. Positive vibes and easy going. The quartet always change up their setlist as they have such a massive catalog of good tunes, so it was no surprise many in attendance were at all three shows. Courtney Taylor-Taylor was kind enough to take a request by playing a cover of Kristin Hersh’s “Ghost” as the others took their potty break. Guitarist Peter Holmström was his usual smooth self as drummer Brent DeBoer kept everything in check. The dynamic force that is Zia McCabe was the last to leave the stage giving us a taste of DJ Rescue’s magic that was to follow at the after party at Monty’s. While they must have played “Bohemian Like You” and “Godless” thousands of times, they play these well-known songs like it was the very first time. True class.

Speaking of true class, Joel Gion (The Brian Jonestown Massacre) didn’t call in sick from having too much fun the night before. He made it on stage with his talented band, including guitarist Christof W. Certik.

Certik also played with opener Miranda Lee Richards who was also briefly in The Brian Jonestown Massacre. It’s kind of like a family tour with these three bands. Richards had a short set, but her voice stood out. She told us about her guitar riff she was planning on giving to Scott Weiland and dedicated a song to him.