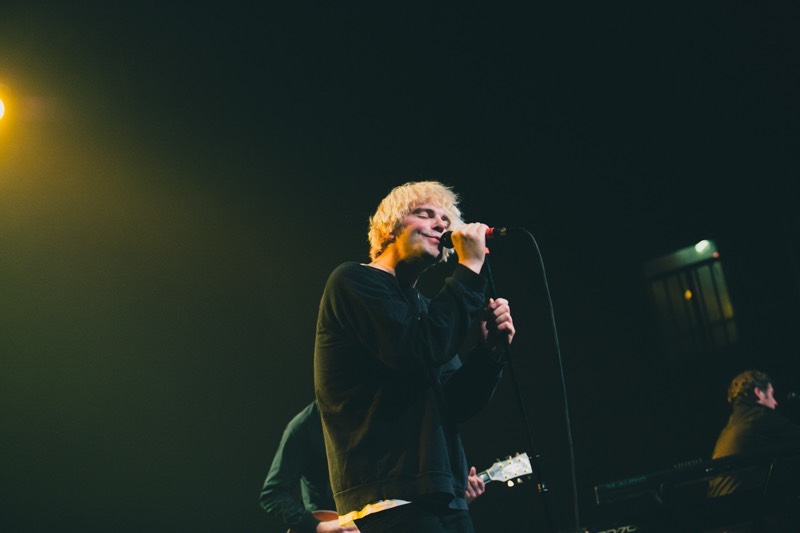 After so so long, The Charlatans finally made it to Los Angeles, along with Modern Nature, the 12th studio album from the British band. A lot of heart and soul went into this album as one of The Charlatans’ core members, drummer Jon Brookes, died from brain cancer in 2013. Modern Nature features contributions from the band’s temporary drummers Peter Salisbury (The Verve), Stephen Morris (New Order) and Gabriel Gurnsey (Factory Floor). The Charlatans have been through a lot over the years and have many stories to tell. This is a band with so much musical history and so much more to give. 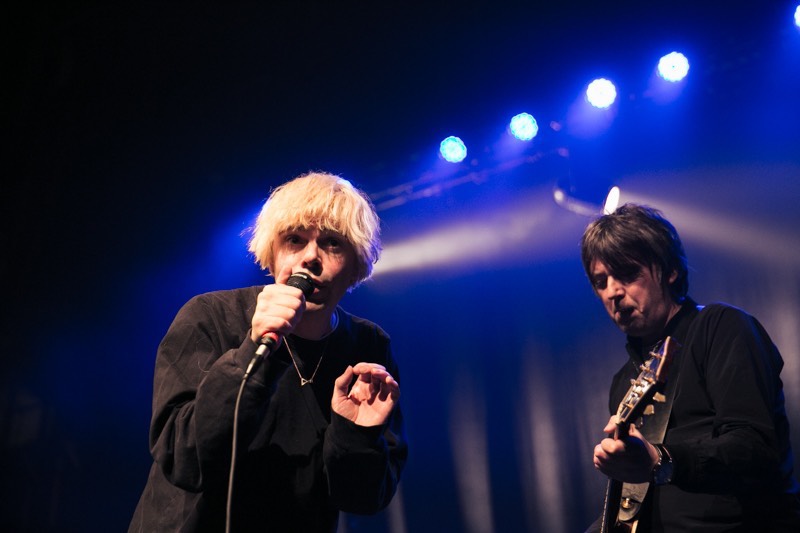 And give they did! The floor of The Fonda Theatre was filled with fans who have been patiently waiting to hear their favorite songs live, including “Blackened Blue Eyes,” “Weirdo,” and of course, “The Only One I Know.” To see and hear the band that includes vocalist Tim Burgess, bassist Martin Blunt, guitarist Mark Collins, and keyboardist Tony Rogers was pretty dreamlike. As the encore was about to begin, Burgess announced they were about to play a song they haven’t played in America in 23 years. We all wondered which one it could possible be. Then he grinned as “Opportunity” started. Diehards rejoiced as this was from their debut album – 1990’s Some Friendly.

There were many English accents heard in the crowd and fans were completely giddy to hear their favorites. So many sang every word as Burgess sang to them in a voice that has not changed – better than ever. One particular fan held a sign that read “Tim, may I have your setlist?” Well, that was awfully polite. Burgess acknowledged the sign and even went to get a pen to sign the setlist, then handed it to the fan. Class act.

Music fans who aren’t familiar with The Charlatans because maybe they haven’t played here enough (hint hint) should educate themselves and join the party on the next go around. Hopefully, the new album, the love that was in the Fonda this evening, and the rest of their U.S. tour will bring The Charlatans back.

When a band member starts off the set playing a sitar, people pay attention. So when Rishi Dhir of Montreal’s Elephant Stone started playing said instrument, people started coming in from the lobby. Elephant Stone was literally a last minute addition as the touring support band, Eyelids, had a family emergency. Elephant Stone is currently on tour, had the day off and was planning on attending the show anyway. So thank you go them for playing.

The Charlatans’ Setlist:
Talking in Tones
Weirdo
North Country Boy
Oh! Vanity
So Oh
Just When You’re Thinkin’ Things Over
Trouble Understanding
Blackened Blue Eyes
Let the Good Times Be Never Ending
Emilie
One to Another
In the Tall Grass
The Only One I Know
Come Home Baby
Encore:
Opportunity (first time in America in 23 years)
You’re So Pretty – We’re So Pretty
Sproston Green