FAITH NO MORE @ THE TROUBADOUR 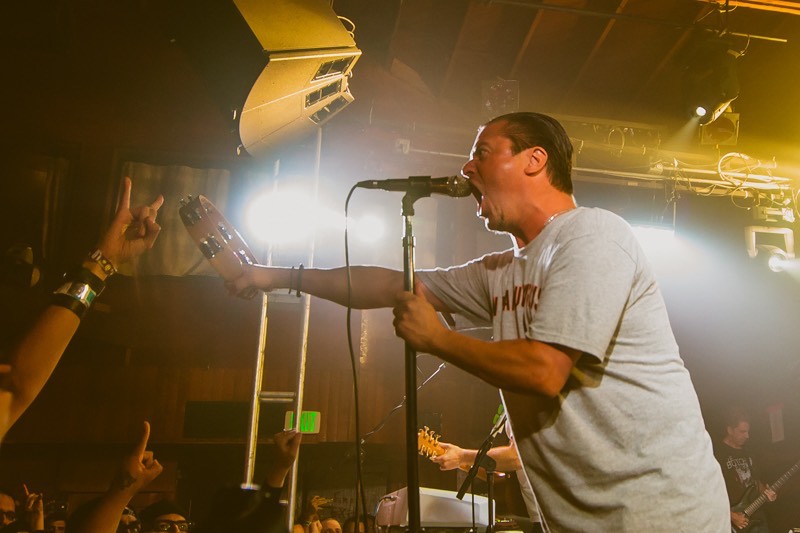 “How did you guys find out about this show?” inquired Mike Patton of Faith No More who just happened to play the tiny Troubadour on Thursday night. This divided the crowd into Tweeters and non-Tweeters as bassist Billy Gould and keyboardist Roddy Bottum appeared to be big tweeters and said they might have leaked it.

Only diehard fans were in attendance for this special special show as word leaked out on the band’s Facebook page and word of mouth. The band “LUMP” was posted as playing before the official announcement. After an appearance earlier on Jimmy Kimmel, Faith No More played a midnight show for eager and grateful fans. Instead of an opening band (who no one would have wanted to endure) Neil Hamburger dazzled us with his dare-to-go-there humor and his love for Gene Simmons.

As FNM took the stage, it was looking like casual Thursday (according to Bottum) as the guys sported shorts and t-shirts as opposed to looking debonair in their usual suit attire. Patton had a police jacket on that was taken off early and thankfully. There were no beautiful flowers on stage. No gimp! Whaaaa? Just a lot of instruments, sneakers and sweat. The entire band was in good spirits. It was weird for everyone. It was glorious madness. Patton crowd surfed many times and ended up on the bar in the back with, unfortunately, a shot of Jack Daniels. Almost the entire Sol Invictus album was played along with highlight “Be Aggressive” and after a band meeting, ending with “As The Worm Turns.” 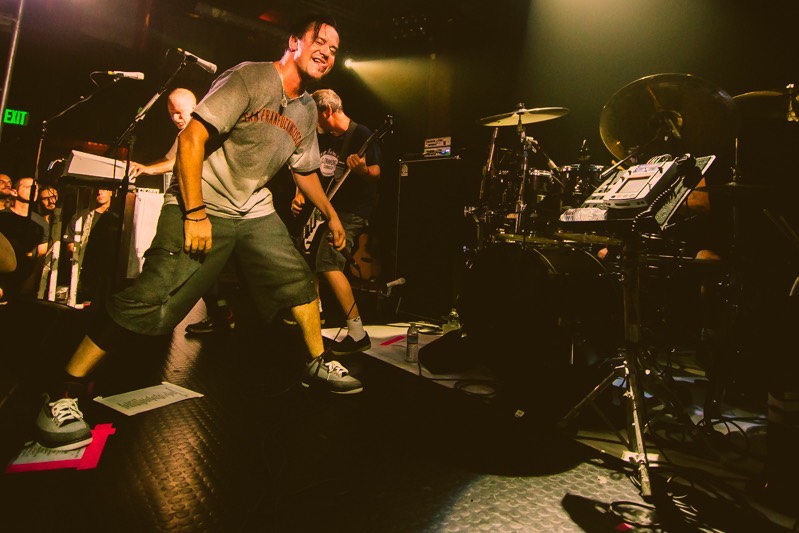 Set list:
From the Dead
Matador
Motherfucker
Black Friday
Rise of the Fall
Cone of Shame
Separation Anxiety
Superhero
Sol Invictus
Caffeine
Be Aggressive
Midlife Crisis
The Gentle Art of Making Enemies
Ashes to Ashes
Just a Man
Encore
I Started a Joke
We Care a Lot
As the Worm Turns