DEFTONES + DEATH FROM ABOVE 1979 @ IRVINE MEADOWS 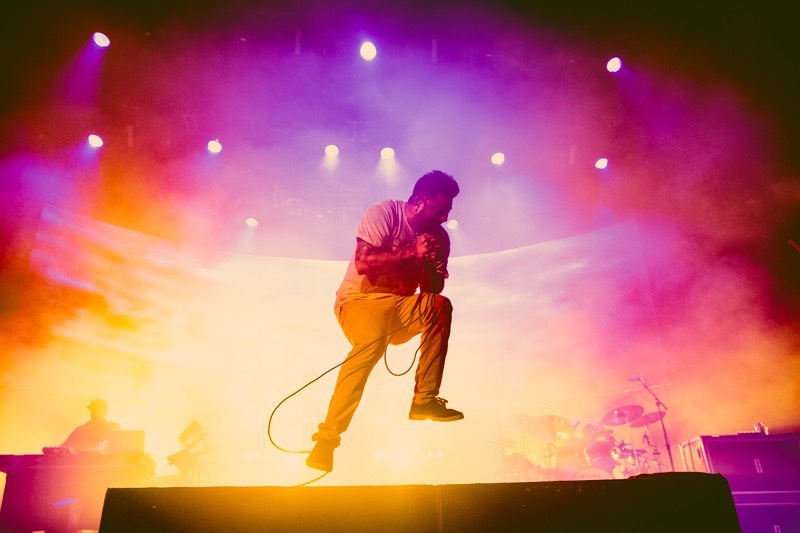 It was very very loud, just the way it should be at Irvine Meadows as the Deftones had the entire crowd in the palm of its hand. The heavy and hard sounds coming from the one and only guitarist Stephen Carpenter, Abe Cunningham somewhere in the midst on drums, Sergio Vega thrashing around on his bass and Frank Delgado on keys blended with Chino Moreno’s smooth and softer voice (until he screamed with ease) had everyone standing at full attention.

Moreno has been sporting his Morrissey t-shirt for a few shows and a fan in the crowd decided he needed a new one and tossed one up to him. “Put it in a safe place” Moreno said to one of the crew.

No matter the size of the venue, Moreno makes sure to connect with the crowd, see how everyone’s doing (even way in the back) and keeping spirits high. Roars from the crowd were heard for miles for “Change (House of Flies)” and “Engine No. 9.” Missed them this time around? Deftones will be back late October. 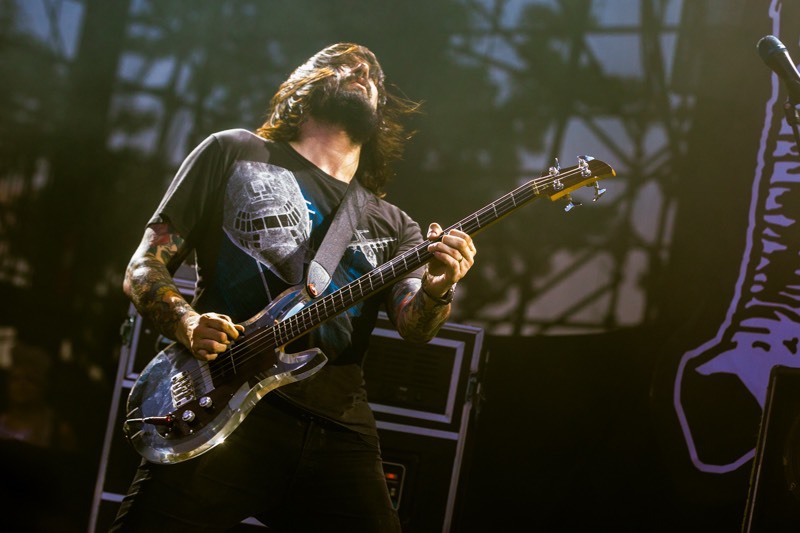 Death From Above 1979 has been on tour with the Deftones and those attending early were lucky to catch the band. Just the night before, one half of the duo, Jesse F. Keeler, had the Regent in mad party mode with his electronic outfit, MSTRKRFT. This being the same venue DFA 1979 headlined last November.

But here in Irvine, Keeler was doing some crazy things with his bass while facing singer/drummer Sebastien Grainger as they came together to create some sweet, fast music. They definitely gathered some fans who hadn’t heard of DFA 1979 with songs like “Gemini” and “Trainwreck 1979.”

THE LINDA LINDAS @ CENTER FOR THE ARTS EAGLE ROCK