Shannon and the Clams perform a free show at The Getty Museum for the Saturdays Off the 405 installment." /> L.A. Record
Menu

SHANNON AND THE CLAMS @ SATURDAYS OFF THE 405 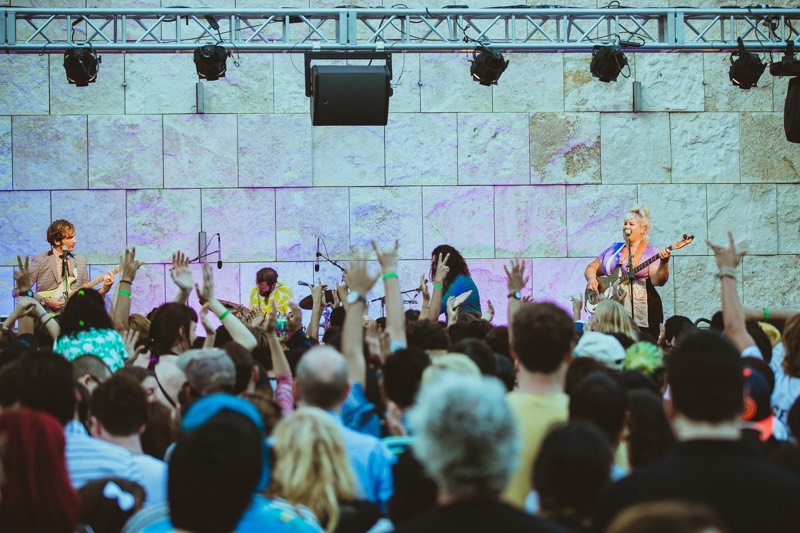 If Monet, Renoir, Degas and Van Gogh were alive today, they surely would have been moshing along with the music lovers who came to hear Oakland’s Shannon and the Clams perform a free show at The Getty Museum for the Saturdays Off the 405 installment. DJ Chris Ziegler got people moving before the band came on with some funky retro beats. Fans lined up in front of the stage looking fabulously retro themselves. It only took a couple of songs in for security to have their hands full and seemed taken off guard as fans (some were there since 1:00) had to break loose and dance, mosh, groove, moving the “barrier” that was between them and their beloved band.

Lead singer/bassist Shannon Shaw, co-vocalist/guitarist Cody Blanchard, and drummer Nate Mahan played a smooth new song “Corvette” (see video below) which will released with their forthcoming record Gone by the Dawn on September 11th. One fan broke the barrier and crashed the stage to dance. Shaw thanked security for letting everyone dance, but was asked for the last song to be slow.