Wolf Alice wasn't shining on their previous two visits to LA (Bardot and The Bootleg Hifi), but the English band has now had some live gig experience here and they stepped it up big time at The Roxy." /> L.A. Record
Menu 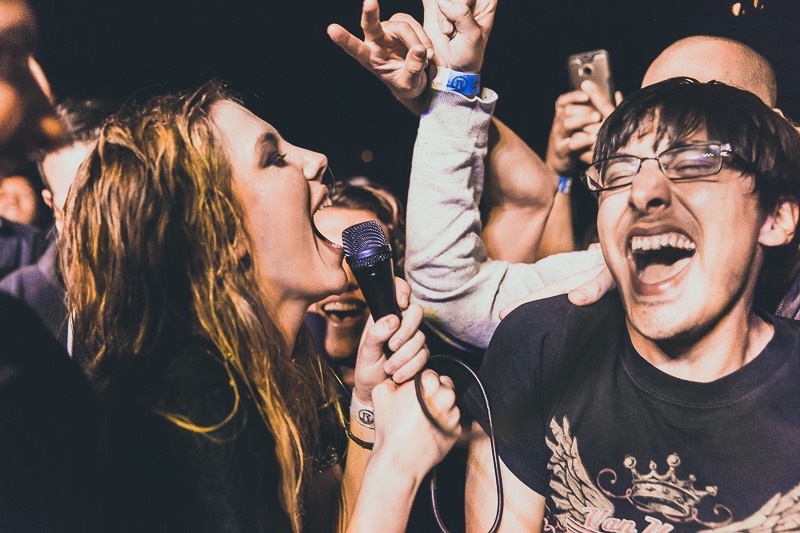 Wow, is third time the lucky charm! Not that Wolf Alice wasn’t shining on their previous two visits to LA (Bardot and The Bootleg Hifi), but the English band has now had some live gig experience here and they stepped it up big time at The Roxy. Perhaps the crowd helped as we were “there” and weren’t going to stand still and could not contain ourselves. This is a band to get excited about. The show was of course sold out and fans of all ages lined up early in the day. Their debut album My Love is Cool isn’t even out until June 22nd, yet their EPs and well-done videos are all too familiar and we could all sing along. Joff Oddie (guitar/keys) is quite the pedal master and not sure what song it was, but his quick feedback was notable perfection. Drummer Joel Amey doing double duty on some heavy vocals and even though bassist Theo Ellis didn’t go into the crowd – he hung over the stage engaging the right side of the room. The quartet can certainly rock it out and get the crowd nutso to many songs like “Giant Peach.” And then a moment later you could hear a pin drop for the beautiful “Blush” where Ellie Rowsell’s vocals break your heart. No doubt “Bros” did bring out the bros in the venue who professed their love for Roswell. She had a constant smile and finally jumped out to the floor for the final song “Moaning Lisa Smile” as everyone completely let go.

Gateway Drugs has been supporting Wolf Alice and it won’t be long before their headlining. If you like BRMC, Jesus and the Mary Chain, et al., you will get them and their dark and heavy sounds which can be found on their album Magick Spells.

SHAKEY GRAVES + THE BARR BROTH...
THE TALLEST MAN ON EARTH + HIS...