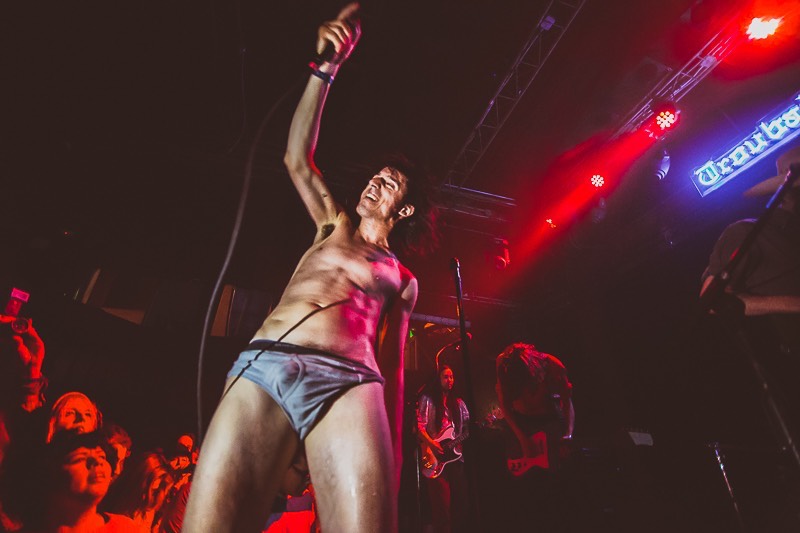 South London’s six-piece Fat White Family created a cozy communal experience at The Troubadour leaving many in a trance. Lead singer Lias Saoudi came down to the floor as the crowd surrounded him and became one fevered unit. While much talk has been about Saoudi “will he or won’t he get naked at a show,” the Fat Whites’ music easily stands alone – they are only enhancing the live experience by whatever it is they do at any given show.

Saoudi, guitarist/vocalist Saul Adamczewski, drummer Jack Everett, organist Nathan Saoudi, guitarist Adam J Harmer, and bassist Taishi Nagasaka are gathering momentum in the U.S. with their debut album Champagne Holocaust which includes the catchy “Touch the Leather.” It was way too short, there was no encore, and yes, he was naked.

L.A. Drugz definitely deserved more of a crowd as the played like they were playing to thousands. Or, at least more of a response from the patrons that were there. Saoudi and Adamczewski from Fat Whites came out for a tune. Their EP All Burned Down is available now.