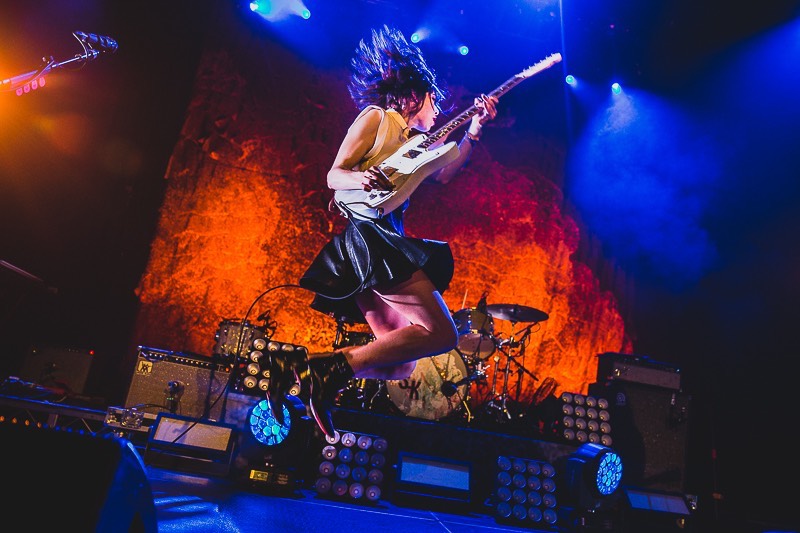 Finally! It was a very hopeful feeling when Carrie Brownstein and Janet Weiss recently played in Wild Flag. It meant there was a possibility that maybe—just maybe—Sleater-Kinney could make a return. Hopes were high. They just needed Corin Tucker to complete the package. And then it happened. Sleater-Kinney is back with the well-received No Cities to Love (and some sweet merch). The first night at The Hollywood Palladium for May 1st sold out quick so a second night was added on April 30th. Tucker’s voice was on fire as Weiss pounded away on the drums and Brownstein shredded and sang. How lucky we were to see the trio do their thing. Maybe a possible FYF appearance? 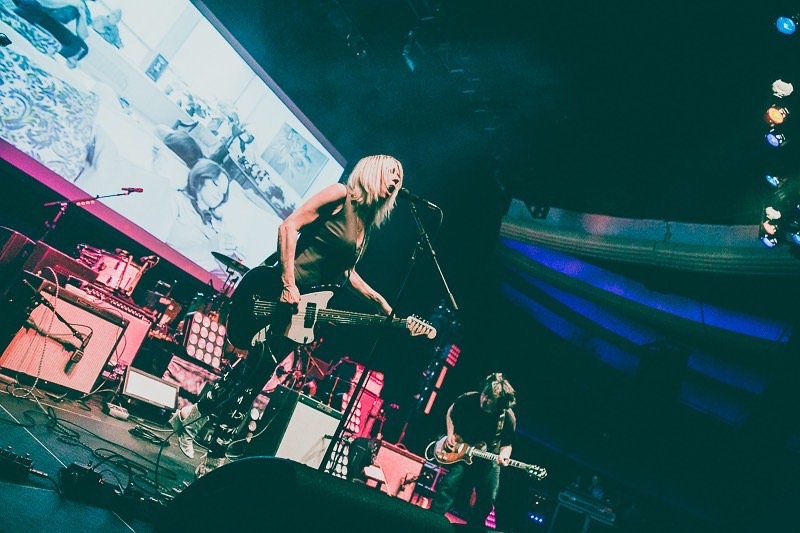 We were also lucky on Thursday evening as this was the show that had the appearance of the experimental duo of Kim Gordon and Bill Nace. Body/Head was a fitting support act as Brownstein recently interviewed Gordon for her new book Girl in a Band. Body/Head has a way of whisking you away to another world. 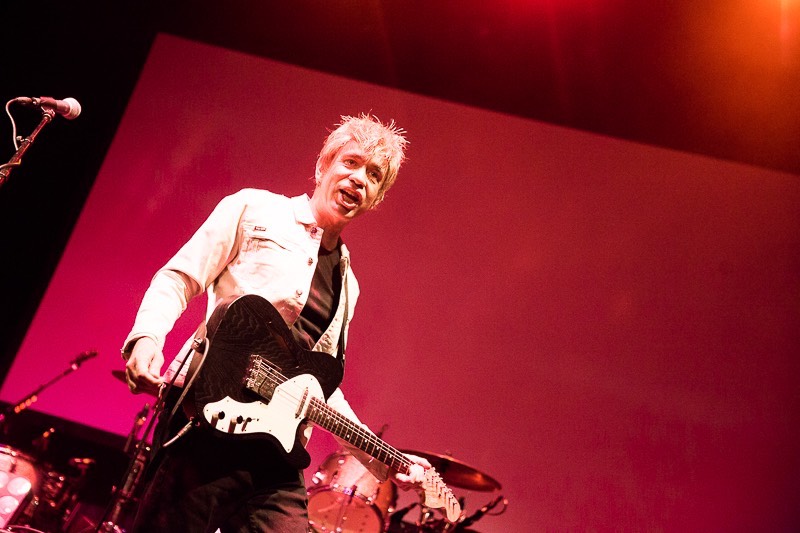 No offense to Sleater-Kinney, but not really sure why they were headlining when THE Ian Rubbish was playing the same night. Rubbish is a generous soul and probably made the appearance as a favor to his good friends. Rubbish played his greatest punk hits and B sides (to the delight of the diehards) all within 20 minutes. Girls screamed their heads off and a few fainted at the sight of the English musician with the pouty lips. Rubbish stood alone on stage without his mates The Bizzaros and never sounded better. “It’s a Lovely Day” indeed.

Sleater-Kinney Setlist:
Price Tag
Fangless
Turn It On
What’s Mine Is Yours
Oh!
Surface Envy
No Anthems
Rollercoaster
Ironclad
Bury Our Friends
No Cities to Love
The Fox
Start Together
A New Wave
One Beat
Words and Guitar
Entertain
Jumpers
Encore:
One More Hour
Dig Me Out
Modern Girl