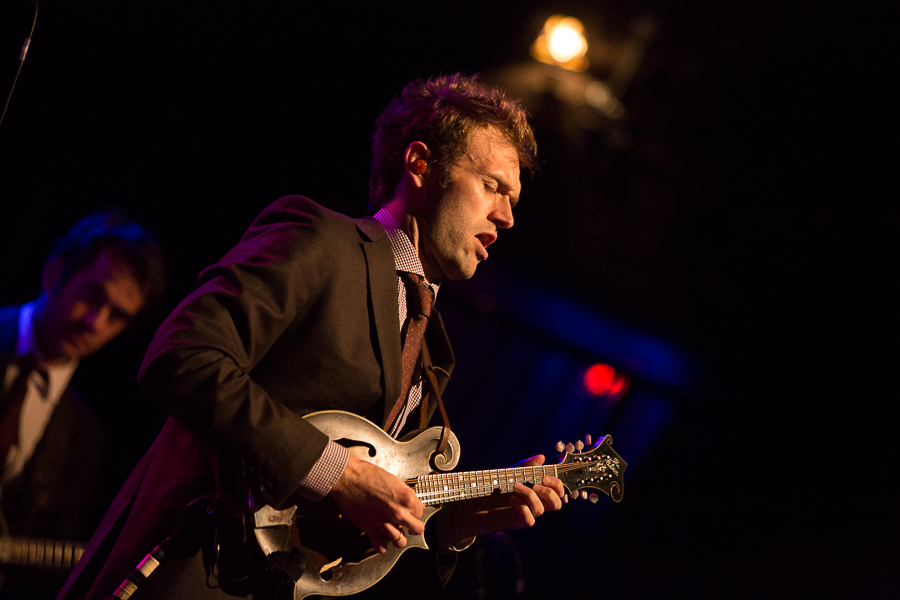 Rarely is a crowd at a concert so quiet you can hear a pin drop. Especially for the support band. For composer and singer-songwriter Gabriel Kahane, music lovers at The Fonda Theatre were not there to chat, text or hold up their phones. Kahane had their full attention the second he stood at the mic. Whether he was playing guitar, at the piano or plugging in some trashy drums, Kahane wowed us with songs from his album The Ambassador about 10 buildings in LA, complete with addresses. During “Griffith Park (2800 E. Observatory Ave.)” it was evident many fans in the front were singers themselves as they sang as instructed during a portion of the song. Kahane could flow from humorous lyrics about the LA landmarks to songs like “Charming Disease” from Where are the Arms with ease.

The extremely talented men of the Punch Brothers came to play new tunes from The Phosphorescent Blues. Chris Thile (mandolin), Gabe Witcher (fiddle/violin), Noam Pikelny (banjo), Chris Eldridge (guitar), and Paul Kowert (bass) make it look so easy. There were too many great moments from the quintet. “Movement and Location” was a definite standout as was “The Auld Triangle” (although they weren’t sporting five white turtleneck sweaters).

TV ON THE RADIO + SHABAZZ PALA...
LIVE LIKE AN ANGEL: PHOTOGRAPH...