Broncho, who recently opened for Billy Idol, had The Echo slam packed and are gathering more and more fans." /> L.A. Record
Menu 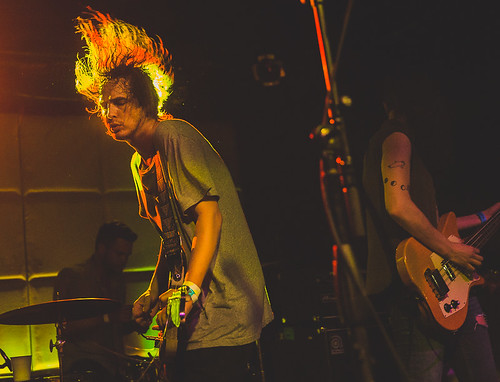 Burgerama IV starts today! Many of the bands have been playing all week warming up in LA for the big soiree down in the OC. Broncho, who recently opened for Billy Idol, had The Echo slam packed and are gathering more and more fans. The Oklahoma band rocked the venue playing tunes from the band’s album Just Enough Hip to be a Woman. They are on the Observatory stage at 1:30 today.

From right around the corner, Wyatt Blair is currently on tour with Broncho for a little West Coast road trip. They play the Constellation stage at 7:30 p.m. today. 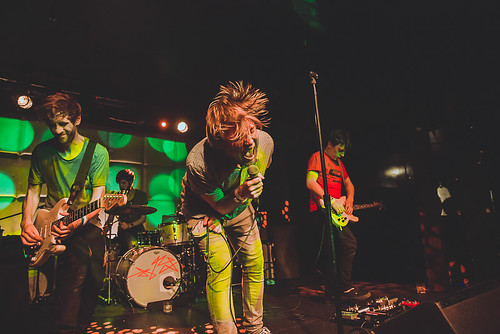 Girl Band came all the way over from Dublin and many were there early just to catch them. They are on at 5:15 on Constellation stage on Sunday.

Although it was a sold out show, very few were there early enough to catch the quick set of Chicago’s The Morons. They didn’t let it bother them though as they had fun rocking out.
THE KING KHAN & BBQ SHOW ...
PALMA VIOLETS + NO PARENTS @ T...