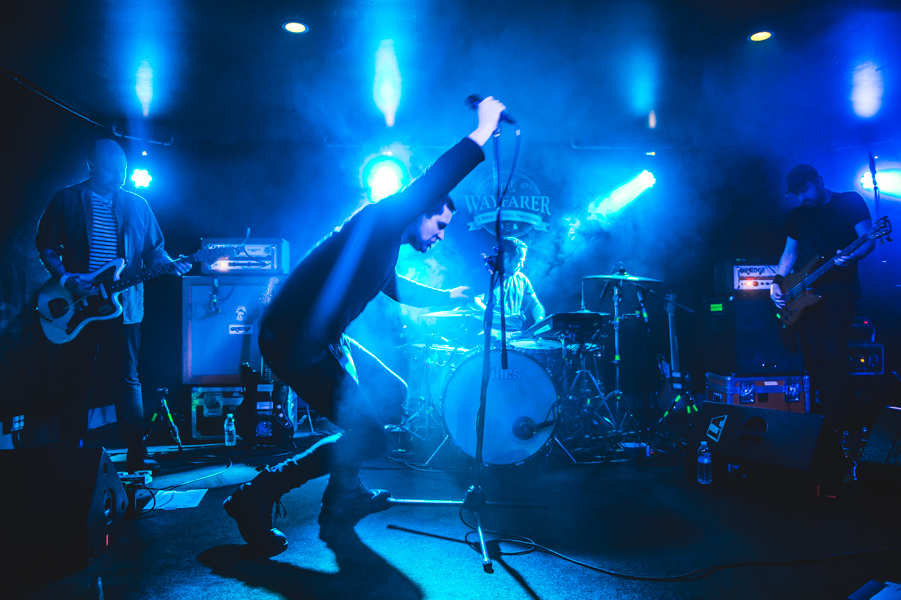 Photos and words by Samantha Saturday
It’s been warming up to summery temperatures here in Southern California, but with songs mostly off their latest release Nobody Wants to Be Here and Nobody Wants to Leave, Scotland’s The Twilight Sad brought just a touch of gloom along with them. James Graham (vox) swiveled and swayed around the small stage of The Wayfarer, his mic stand serving as a pivot point, even when he lifted the entire thing off the ground in his grip. “Righteous!” a fan called out mid-set, to which Graham cracked a large smile and replied in his thick Scottish brogue “I don’t think we’ve ever been called ‘righteous’ before!” and borrowed some California slang, “Bodacious! Radical!” With his eyes closed nearly the whole set, it was a feat in itself that he didn’t step right off the front of the stage as he seemed fully immersed in every note that his bandmates dispensed. 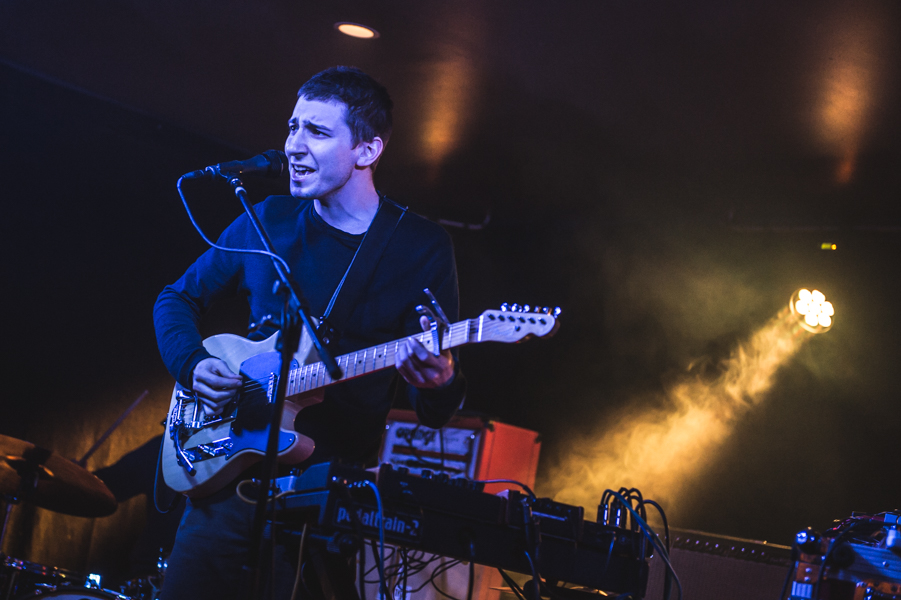 Port St. Willow is one of those get-there-early musical acts. The deep, sombre tunes that the trio, lead by Nicholas Principe (vox/guitar), scrawled out are immediately attention grabbing in the subtlest of ways. Drummer Tommy Crane showed some impressive percussive skills while Andrew Dunn created a web of moody synth, interspersed with some surprisingly subtle trombone.


THE TWILIGHT SAD SETLIST:
There’s A Girl In The Corner
Last January
That Summer, at Home I Had Become the Invisible Boy
Drown So I Can Watch
I Became A Prostitute
Seven Years of Letters
It Never Was The Same
In Nowheres
Alphabet
Nobody Wants to Be Here and Nobody Wants to Leave
I Could Give You All That You Don’t Want
Nil
Cold Days From the Birdhouse
The Wrong Car
And She Would Darken the Memory
PHOTOS: COURTNEY BARNETT + FRA...
PHOTOS: HONEYBLOOD + GOLDEN DA...