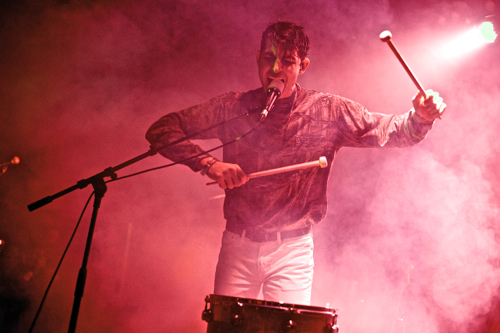 Photos and words by Cortney Armitage
The fog was thick and the projections trippy as LA’s psychedelic pop band White Arrows wound down their tour in support of their album In Bardo at The Roxy. This was a makeup date from January due to illness. Vocalist and guitarist (and occasional drummer for a tune) Mickey Church made sure we escaped to a spacey state. 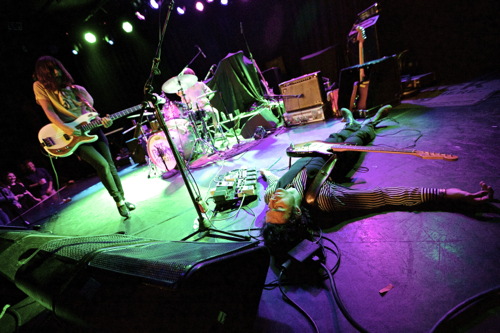 Guy Blakeslee could barely contain his manic movements as he spun, jumped and climbed across the stage as he belted out songs while shredding away. With her quirky and charming stage presence, bassist Paz Lenchantin worked well with drummer Derek James, who never missed a beat. The crowd appeared captivated with their incredible musicianship. The Entrance Band once again delivered the goods. 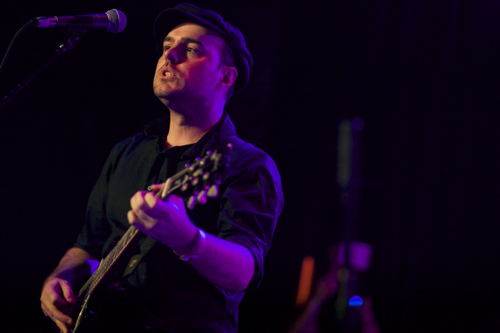 Serious faces ended up with smiles as
PHOTOS: AN EVENING WITH THE CH...
PHOTOS: CARIBOU @ THE FONDA TH...