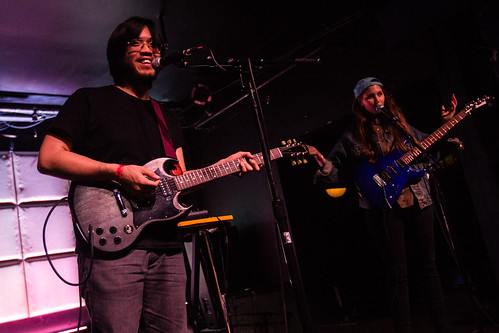 It’s only natural that SALES seemed a little shy while performing at the Echo as they embark on their first ever North American tour (and an extensive one at that). The duo has garnered the attention of many with their self-released singles and EP and have landed on many lists as “ones to watch.” It’s quite a feat for a band that has only been around since 2013 and without a proper full-length record.

Lauren Morgan and Jordan Shih, who comprise Orlando’s SALES, were visibly humbled by the fan response and all the “beautiful faces” that attended their headlining show at the Echo. The lo-fi outfit hone a minimalist production on both the stage and on their recordings, yet it’s done without being too threadbare. The songs pack plenty of hooks and melody with gentle guitar, beats, and vocals. It’s the perfect soundtrack to accompany a summer road trip, with windows down, outstretched hands waving in the wind, and the rays of the sun peeking through the trees.

Despite the frosty name, the now LA-based Winter was anything but gloomy or dreary. Fronted by Samira Winter and a lovely flower crown that perfectly matched her pale lavender locks, the four-piece was the epitome of easy-breezy good times and chilled out vibes.

Filardo opened the night with an enthusiastic set that marked the band’s debut on the Echo stage. 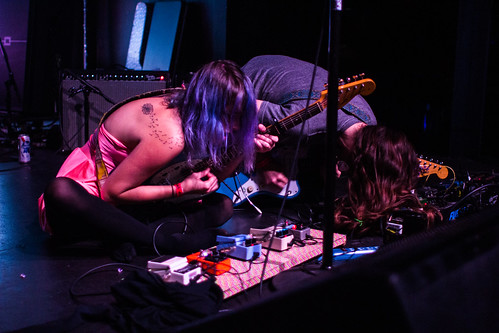 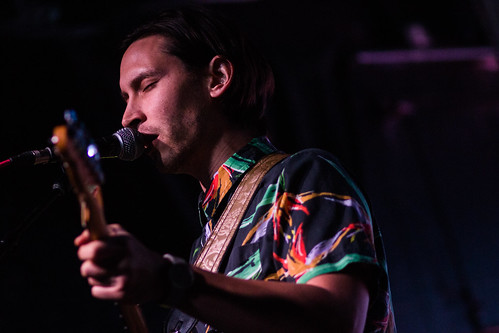