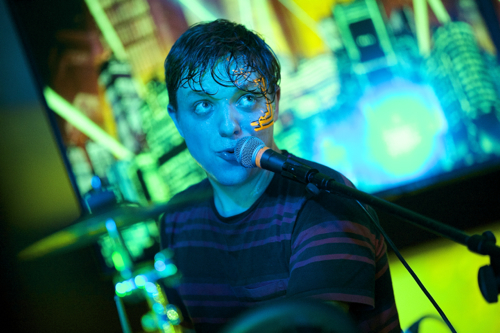 Photos and words by Cortney Armitage
The ground under the T-Rex dinosaur bones were thumping again at the Natural History Museum, but this time the vibrations were coming via Robert DeLong and his super-high-tech-gaming-and-rolling-DJ-cart. The first of the First Fridays series was sold out and as many people that could be packed into the concert hall flanked with exhibits of North American mammals piled in. The high energy performance was sometimes highlighted with unconventional instruments, DeLong distorting loops with a joystick and a steering wheel attached to his console. But between shaking the wii controller and whaling skillfully on his drum kit, DeLong never hit a bad note and sang all out. Playing tracks off of his EP Long Way Down and with sweat slowly melting away his face paint away, DeLong shook the exhibits and let loose his electronica for the fans. 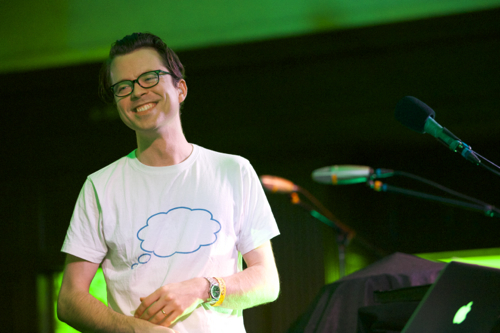 From London, Tom Vek started things off. With simple graphics displayed on the monitors behind him, Vek’s polite demeanor and modest power Mac let loose some mighty alternative music, including tunes from his latest Luck.