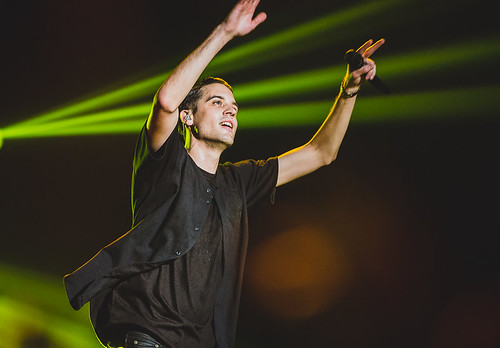 Photos and words by Debi Del Grande
You’ve come a long way Gerald Earl Gillum aka G-Eazy. From playing The Roxy, El Rey, Fonda and now two sold-out shows at The Wiltern Theatre (the second of which was live streamed on Yahoo!), the sky seems to be the limit. With his model looks and smooth moves, G-Eazy had the crowd on the first night at full attention. The evening boasted several guests, including Tinashe, Casey Veggies and Big Sean. Keeping it in the family, his mother came out as well and shared a little smoke. Not forgetting his hometown of Oakland, G-Eazy gave a shout out to The Jacka, who was recently killed.
The Pyro team for KISS was hired, hands were in the air and good times were had.
These things happen.