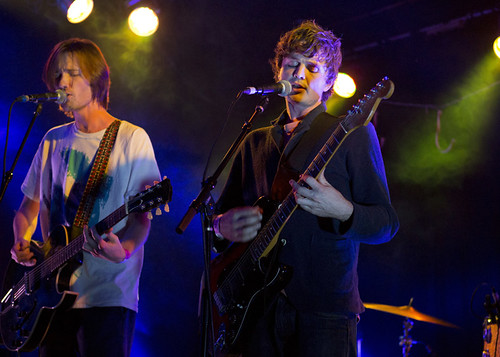 Photos and words by Ivanna Valdivia
Drug Cabin headlined the second edition for the Music Feeds LA concert series where all proceeds went to PATH – Make It A Home. Hygiene products were donated and three lucky fans were raffle winners of some great prizes, some of which included two free tickets to an upcoming Goldenvoice concert. Drug Cabin was hypnotizing with their unique sound and although the venue was not at its full capacity, the music lovers there didn’t mind and had more room to dance til midnight. The Thieves played a rocking set with a lot of energy and got the crowd pumped up for the night. JC August opened the evening. During their last song they invited their friend, Katy to the stage to sing the last song.
Keep an eye out for next month’s show at The Satellite and please help us feed LA!