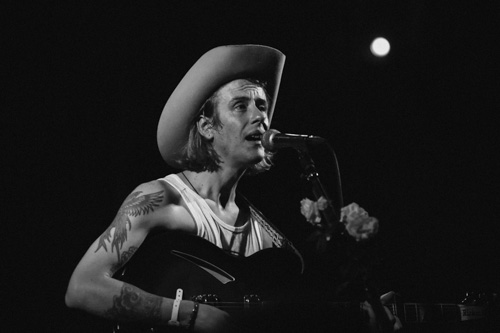 Photos and words by Maximilian Ho
Christopher Owens held his final show of the year at The Troubadour much to the delight of his enthusiastic fans. Owens just released his second album entitled A New Testament and we were gifted with several songs, including “Nothing More Than Everything To Me,” “Oh My Love,” “Overcoming Me,” and “Key To My Heart.” I was delighted to hear the poetic style of Owen’s vocals mixed in with nostalgic pop rock, country twang, and an occasional solo from his lead guitarist who possesses impressive finger dexterity. Owens’ keyboardist provided a lush palate of tones for the pair of impressive gospel singers to sing over.
It was no surprise Holy Shit were playing this night as Owens and Ariel Pink are former members of the band. L.A. Record caught them back in July opening for Mac DeMarco and glad to hear a few more songs. Wearing shades with a Hunter S. Thompson vibe, singer/guitarist Matt Fishbeck brought eccentricity to the lineup and some spaced out groovy sounds that I’ve never heard before.
With an ideal opening for Slowdive at The Theatre at Ace Hotel just a month ago, local band The Tyde opened the night playing their style of surf music. The set was short, but sweet and they played a catchy new song entitled “Ode To Islands.” 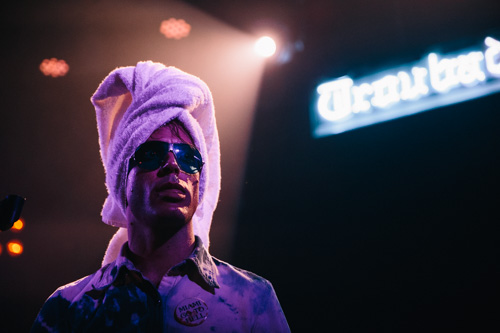 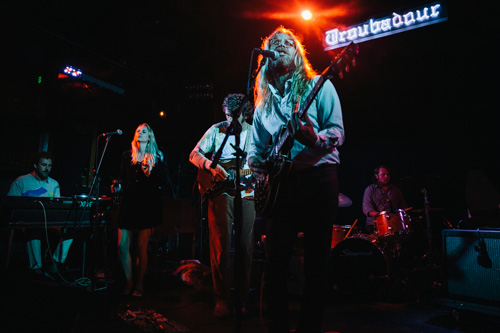