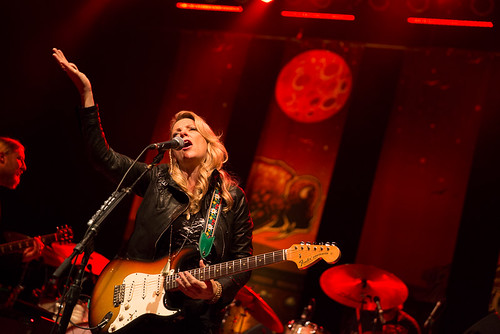 Photos and words by Debi Del Grande
It was a chilly evening as The Greek Theatre hosted its final show of the 2014 season with the Tedeschi Trucks Band, Gary Clark, Jr., and the Greyhounds. The husband/wife duo of Derek Trucks and Susan Tedeschi and their extremely large and talented band kept us warm with their blues rock and funky jammin beats.
Gary Clark, Jr. had fans there early just to catch his performance. Clark makes his guitar sing. “No re-entry” was overheard by security as many left after his set.
The Greyhounds had the daunting task of opening up very early and few were there to hear them, but the band was definitely worth the extra effort to get there to catch the duo of Anthony Farrell & Andrew Trube and their touring drummer. 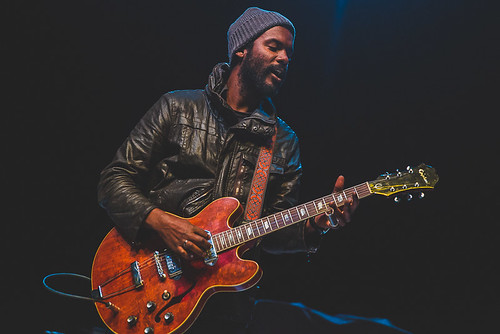