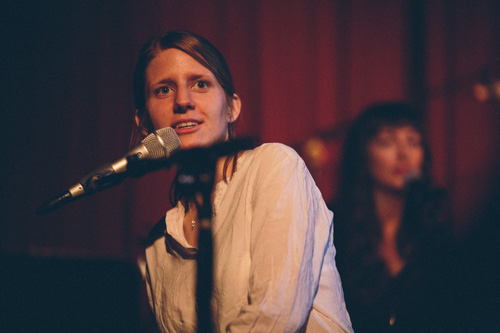 Photos and words by Maximilian Ho
Inside the intimate Hotel Café, the audience listened intently as Markéta Irglová played piano and sang along with her bandmates – percussionist/vocalist Aida Shahghasemi, guitarist Rob Bochnick, and bassist Joe Doyle. Sitting in the back, Rosi Golan pitched in on vocals.
The Academy Award winning singer/songwriter, best known for her appearance in the film Once and the band The Swell Season, has just released her sophomore album Muna. In the middle of the set, Shahghasemi treated the audience with a spectacular drum solo. Irglová rounded out the show playing “Falling Slowly” and “I Have Loved You Wrong.”
The very talented singer/songwriter Rosi Golan played beforehand. She’s been on tour with Irglová for the last couple weeks. She may not be a household name, but you may have heard her songs that are featured in feature films, television shows, and commercials. Golan, Irglová, and Shahghasemi gathered around the mic and played the beautiful “Can’t Go Back,” which was a definite highlight of the evening. 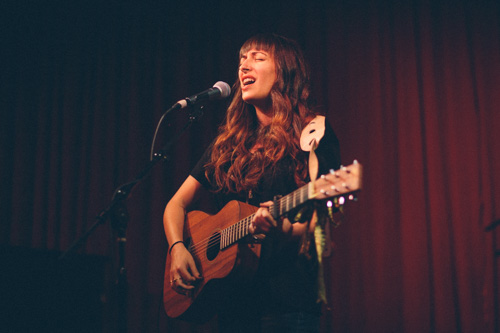