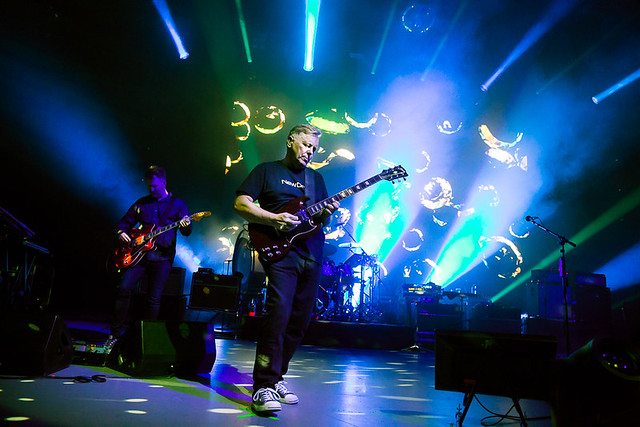 Photos and words by Debi Del Grande
“The city that’s got everything. Palm trees. Hot chicks. Cold chicks.” As New Order dove into “Temptation,” we were clearly reminded that this is one of the most influential bands that came out of the 80s and is still unbelievably sharp and relevant today. The Greek Theatre was once again sold out as they gave us the dance party we longed for. They were here in 2012 and have since played several shows around the world. When Bernard Sumner announced they were about to play a new song, he stated “It’s okay. Don’t worry. It’s quite a good song.” And “Plastic” is. Joy Division’s “Isolation” was mixed to an upbeat tempo. Always get chills down my spine when Sumner plays the melodica during “Your Silent Face,” while a film by AmfAR plays in the background hoping to cure AIDS by 2020. Whether it was the smell of grass or grass, “California Grass” was dedicated to us, of course.
The biggest difference I noticed between this show and the last time they were here was Sumner was in really good spirits and really letting loose. He came to the front several times, danced and hopefully was feeding off the electric energy coming from the crowd.
The encore was once again a tribute to Joy Division and Ian Curtis and once again, beautifully done. 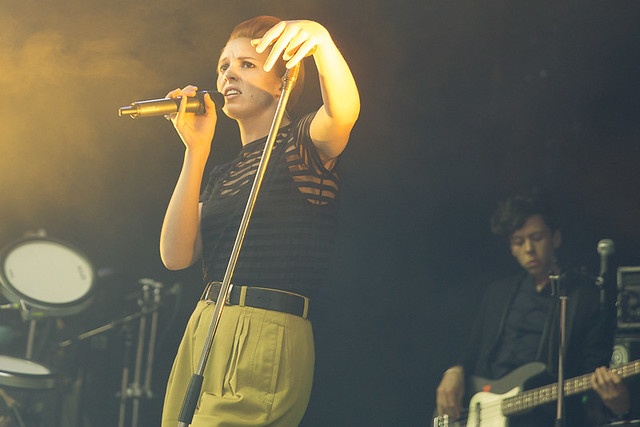 La Roux was a smart choice to open, albeit in the daylight. If you missed her, she’ll be back at the Fonda on 9/23 headlining her own show.